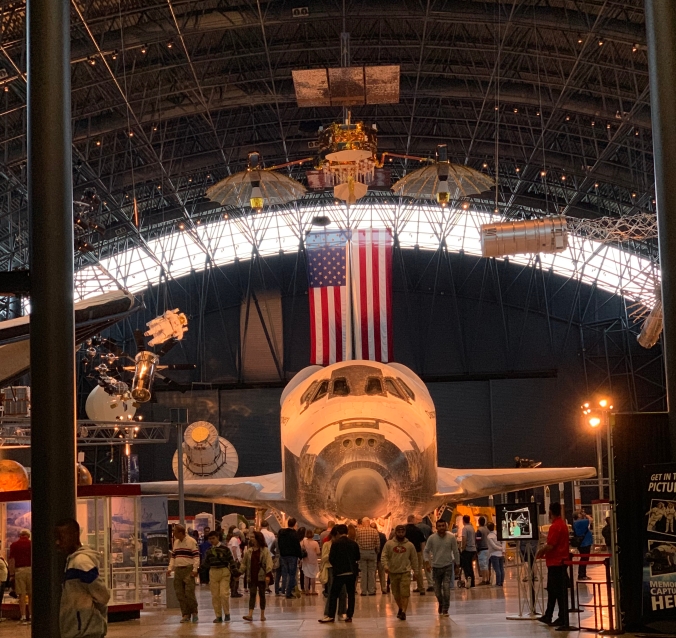 We spent the first day of our Washington DC trip on scooters and seeing the city.

And the second day we spent at the Air & Space Museum Annex where The Hubster geeked out and lived his best life. 🙂

I decided to spend $14 for us to have the narrated guide around the various airplane exhibits.

This is The Hubster, so excited to start the day. hahahaha 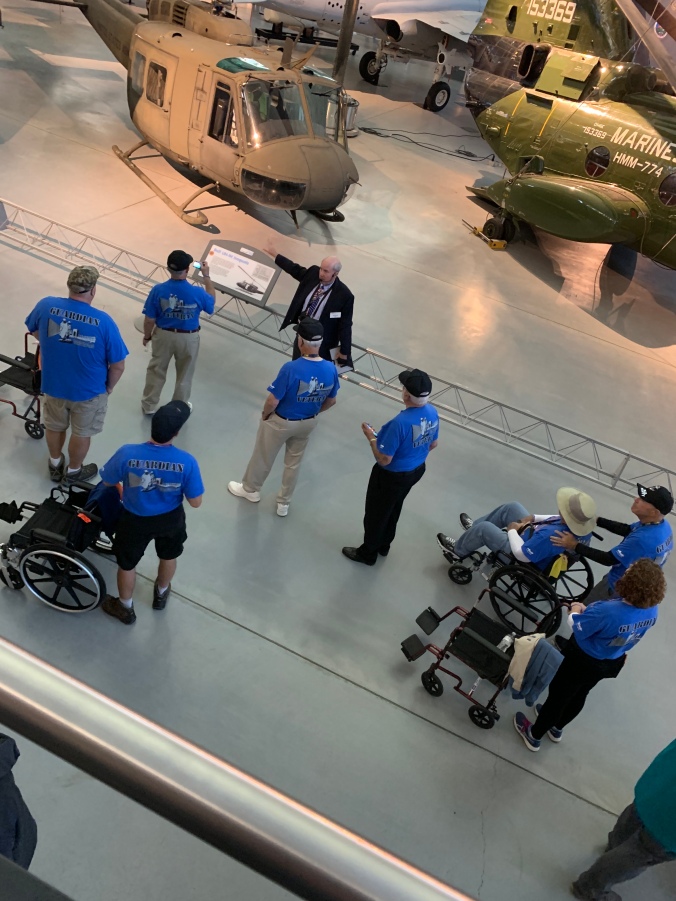 On our way through the museum, we saw a group of Honor Flight people and if that didn’t make me so happy to see.

Seeing some of the WWII veterans made me really miss my Grandpa. I wish we had been able to get him to be not so grumpy and take an Honor Flight to DC. He would have really enjoyed seeing it.

This SR-71A Blackbird is really cool to see in person.

If Batman had a plane, I think this is what he would have used.

If I was a pilot, I would totally decorate my plane to look something like this!

This plane and jumpsuit are from Capt. Christopher “Boomer” Wilson, who was the real life inspiration for Tom Cruise’s character in Top Gun. He consulted on the movie and everything.

This plan dropped the first atomic bomb on Japan during WWII. 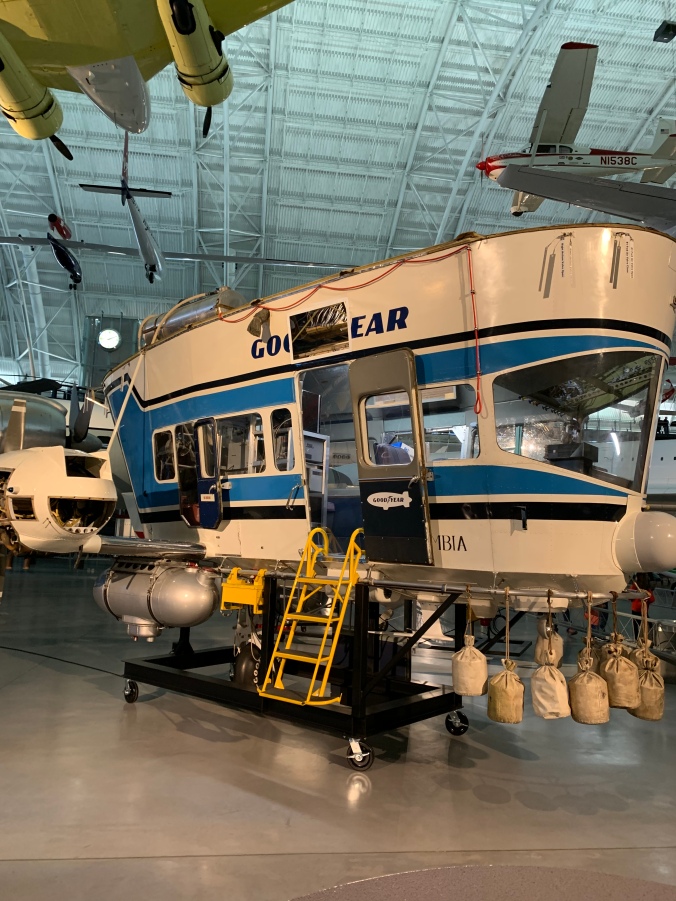 I never really thought about it, but this is what the bottom of the Goodyear Blimp looks like. 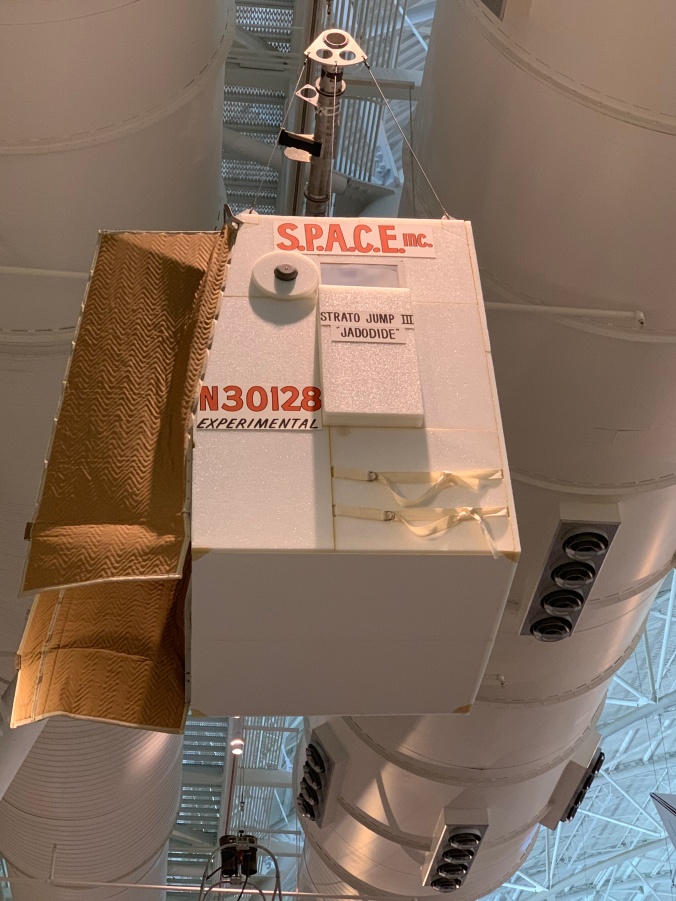 Someone actually took this up into space.

And I’m pretty sure the styrofoam that you get food from now is stronger than whatever this gentleman took into space. Sadly, while he survived the jump, he jumped too early and lost consciousness at some point on his jump.

At this point, I took a pause and sat down for a bit.

I admit, I had had enough planes.

When you’re reaching the end of looking at plane displays and photo bomb your husbands artsy pics.

But then we headed into the space part of the museum and saw the space shuttle Discovery.

Discovery was really cool and got me out of my funk.

Remember at the end of Apollo 13 when they get back to earth in that shuttle thing in the water?

Well this is what it was.

And not the appropriate terminology. 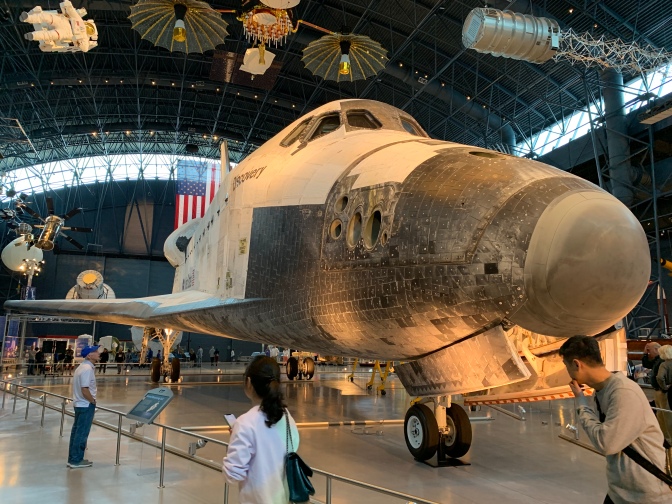 Seeing a shuttle up close is pretty cool.

Although I’m not sure why this one isn’t shinier like the one we saw in Florida.

No one gave me a good answer why it wasn’t as nice.

When I’m bored in space museums, I take selfies with Neil Armstrong.

Refer to this post, when I got bored at the Houston Space Center.

I mean, Neil and I have built quite a relationship now. 😉

When you realize your wife is going to head to the gift shop and eat space ice cream, you know you need to soak it in for another few minutes. 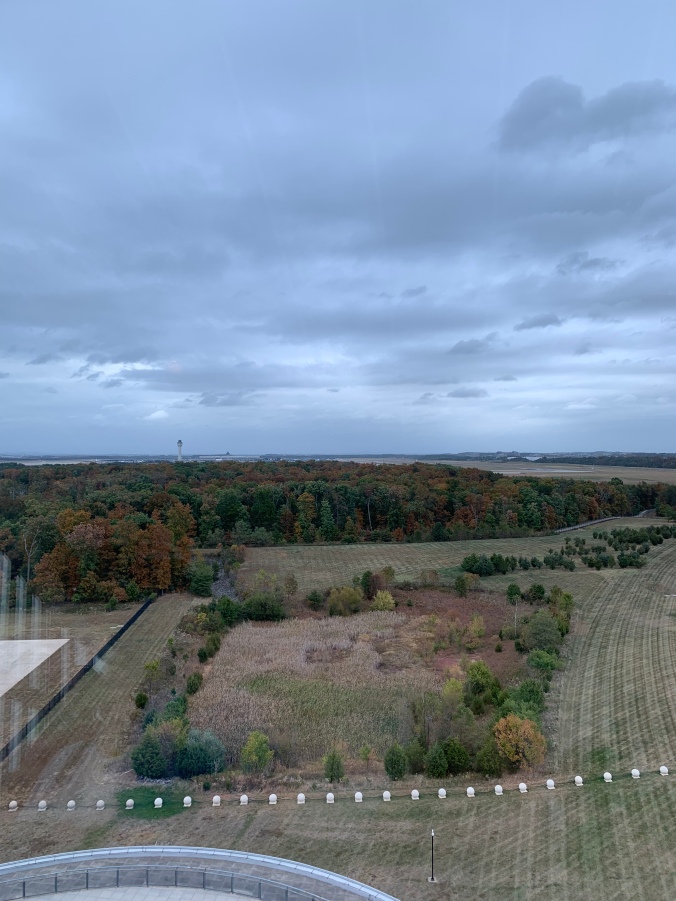 We ended the trip on the observation deck where you could see the planes take off and land at Dulles Airport.

On our way home, we stopped to visit our adorable niece and watch her eat some carrots.

All in all, it was a fun anniversary!