We try to get away on a trip for our anniversary every year and this year was a little bit complicated.

But we got it together and headed to Washington DC for a weekend!

Brace yourselves – we took tons of pictures!! 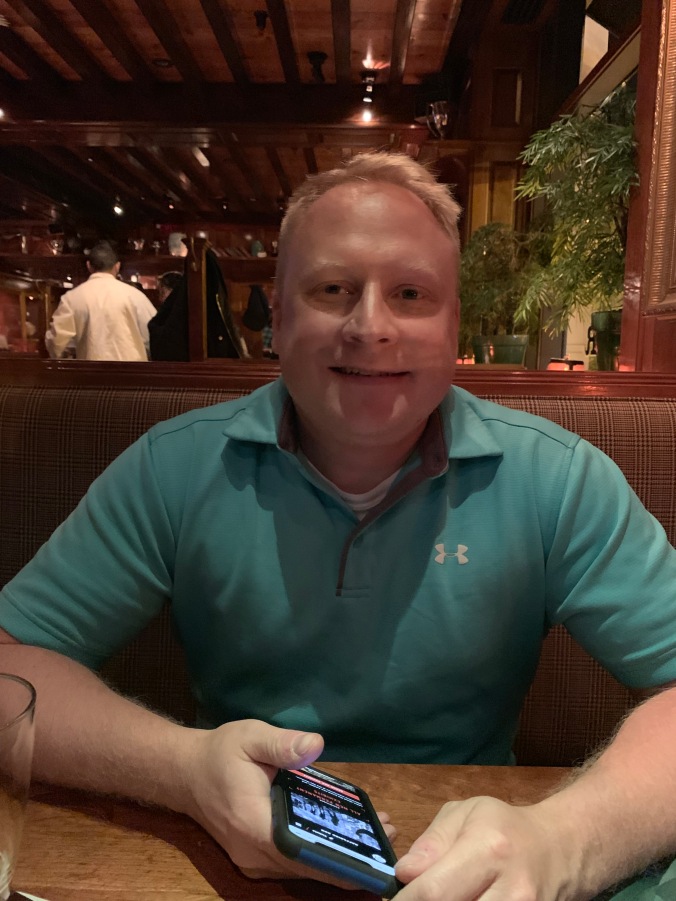 We drove down after work on Friday and got into town around 11:30pm. We had promised ourselves we would go out for a drink and snack because “we aren’t old.”

Newsflash – we are old and I wanted to put on my pajamas and watch a little tv before we went to bed.

But we rallied and headed to Old Ebbitt Grill where The Hubster ate some pretty delicious (his words) oysters and I had a ceasar salad. 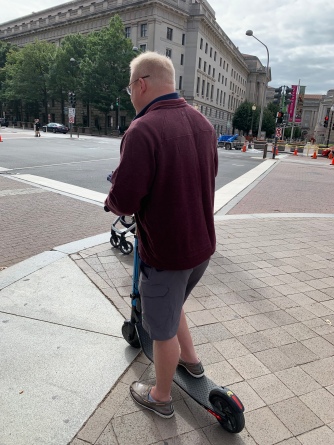 If you’ve been to DC lately, then you’ve seen these scooters all over the city. You can rent then on an app and scoot around as long or as short as you want.

I was skeptical, but agreed to do it.

We scooted around most of the National Mall and it was amazing.

We started the day at Lincoln’s Waffle Shop and had, what else, waffles.

I highly recommend them!

I’d never been to Ford’s Theater where Lincoln was assassinated, so I was fascinated that it is still there, still a theater, and still looks kind of old. 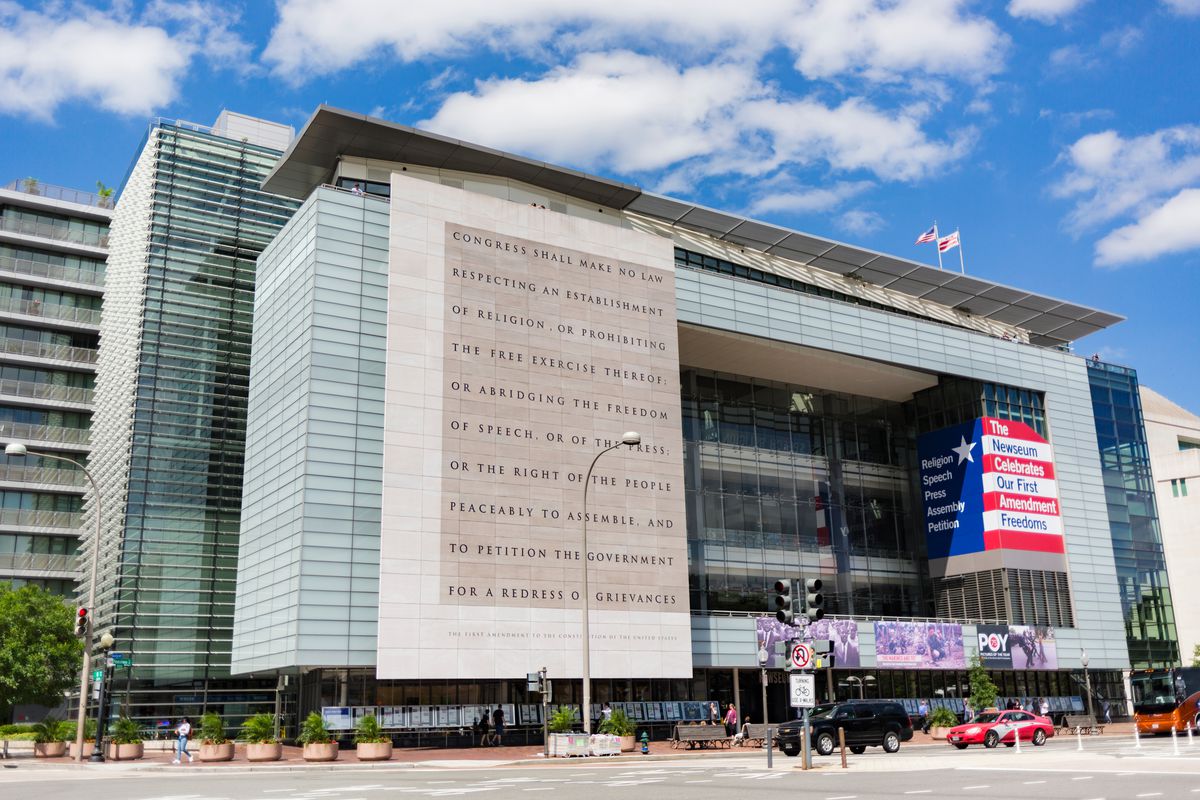 Our first stop of the day was the Newseum.

I’d never been there and had heard good things about it.

It’s a good thing we went there because it’s closing at the end of the year. 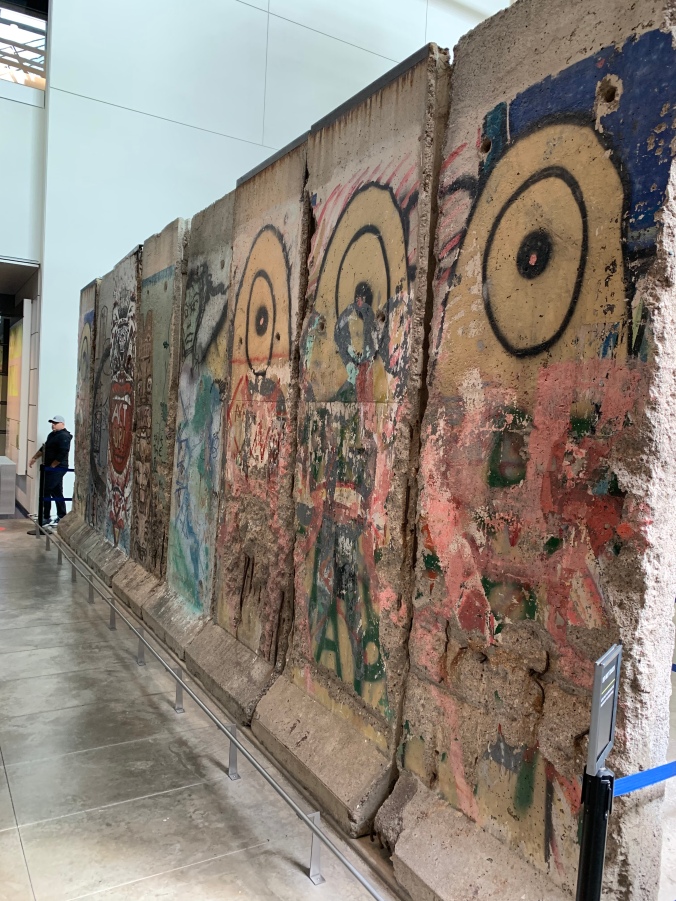 Here’s a large piece of the Berlin Wall. I’m really bummed that I didn’t take a picture of the other side, because it’s completely plain and without graffiti.

Looking at the wall and seeing the rest of the exhibit kind of hit home for me. My great cousin (my grandma’s cousin) escaped from East Germany when she was 18 years old and came to the US. She didn’t see her family for almost 25 years and they were punished for her leaving them.

Lisa is one of the most amazing, funny, and genuine people I have ever known in my life. The fact that she was so brave is inspiring and after seeing this exhibit, gives me a whole new appreciation for her. 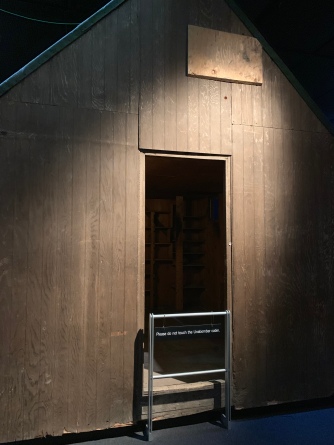 The Newseum has some very interesting (and weird) exhibits.

For instance, that is the NYC Times Square bomber’s car. In the back are the propane tanks that he had in there when the police found his car. And on the right is the Unibomber shed.

How in the heck the museum got these exhibits because I thought they were in FBI evidence I have no idea.

But they were there.

On the flip side, here’s Jon Stewart’s desk from when he hosted The Daily Show. 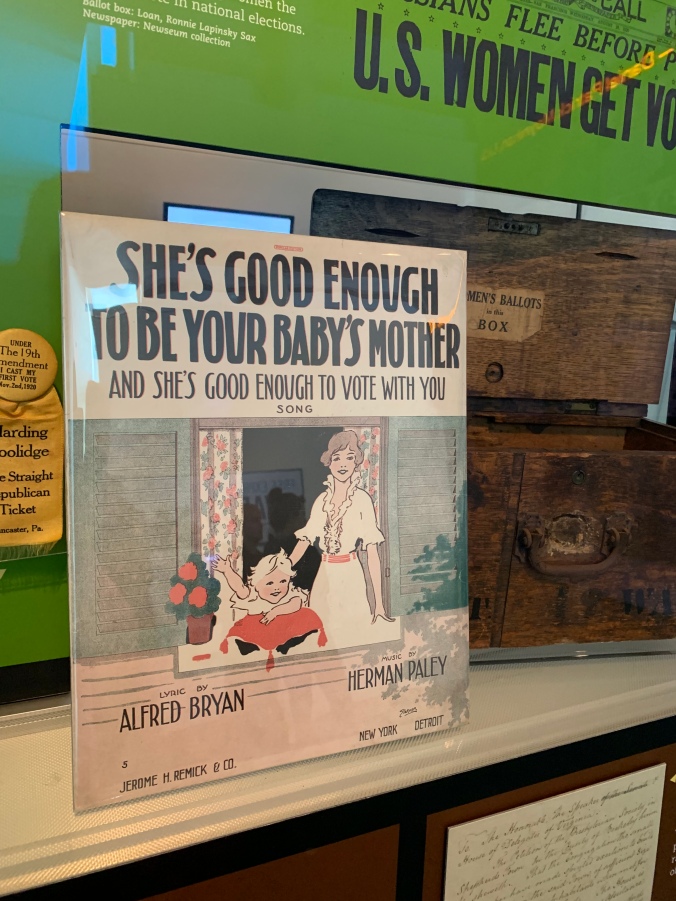 No joke…this was an actual song at one point.

I’m a huge Tim Russert fan, as we’re both from Buffalo. I thought it was really cool that his white board was in the museum displays. 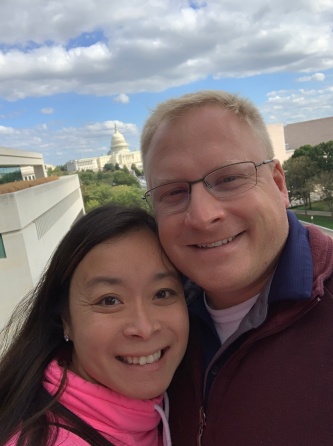 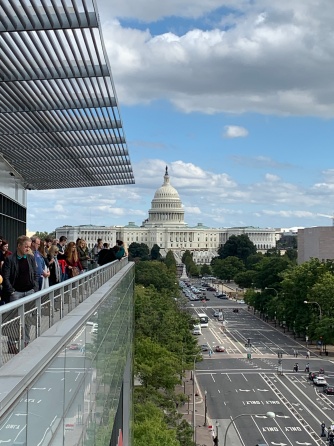 Selfie with the Capitol in the background? Yes please!! 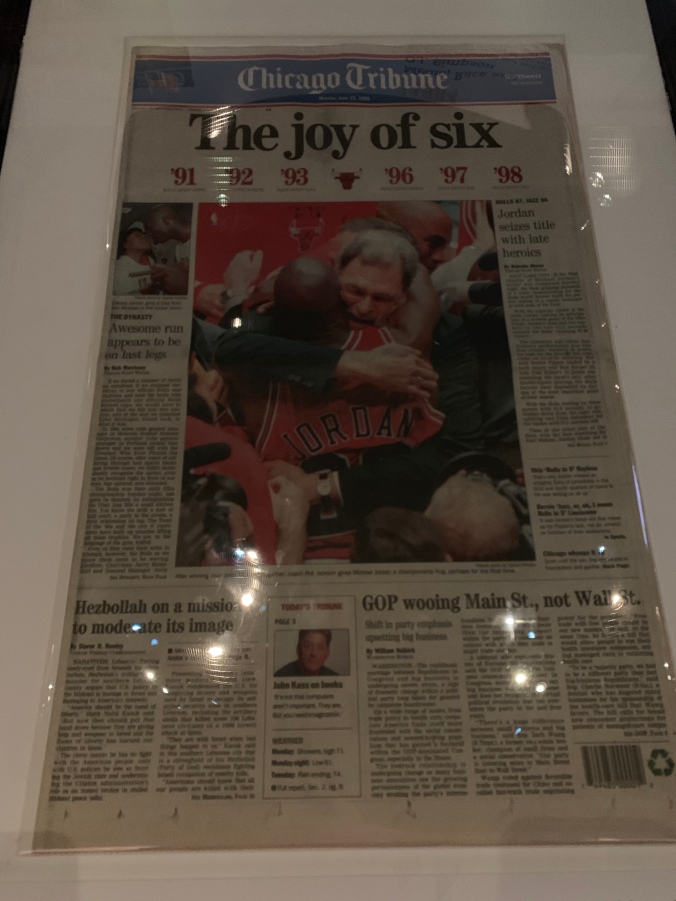 The museum also has a floor that shows newspapers from like the 1400s all the way through present day.

It’s pretty cool. I took this picture for a friend who shares a love of the Chicago Bulls with me. 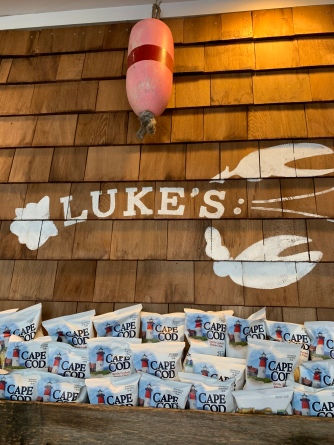 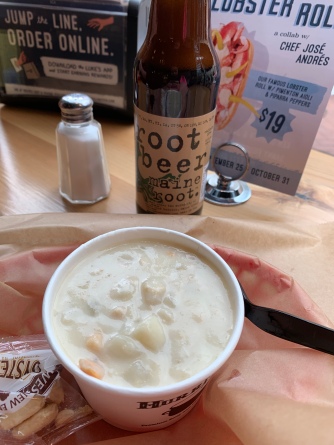 We decided on getting a snack after the museum, so we scooted around and found Luke’s Lobsters. I had clam chowder and it was quite creamy and perfect.

The Hubster wanted to hit up the Spy Museum, but unfortunately, they stopped giving tours when we got there. We didn’t really understand how that worked, but we just took some pictures of the James Bond DB9 and decided to take our scooters around the National Mall instead.

It recently reopened after having to have been rebuilt after the earthquake many years ago. We didn’t go up but I’ve heard the view is pretty great.

We couldn’t be there and not take a ride by the Lincoln Memorial.

We didn’t go inside, but I could see him sitting inside.

Having the best day.

The weather was in the mid 60s, so a light hoodie was perfect.

I finally made it to the Jefferson Memorial.

In all of our years going to DC, I’ve never been to the Jefferson Memorial.

It was as cool as I imagined.

Except they really need to dust him off…he has tons of cobwebs on his shoulders. 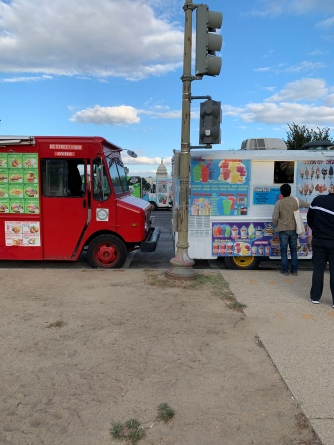 I couldn’t pass up on opportunity for ice cream from an ice cream truck!

The Capitol is a pretty impressive building.

My niece and nephew have been singing How a Bill Becomes A Law from School House Rock. So, we took this picture and I captioned it, “I’m just a bill, sitting on Capitol Hill.”

They thought it was hilarious.

I’ve never been to the Supreme Court and it was cool to see that building. It’s right behind the Capitol. 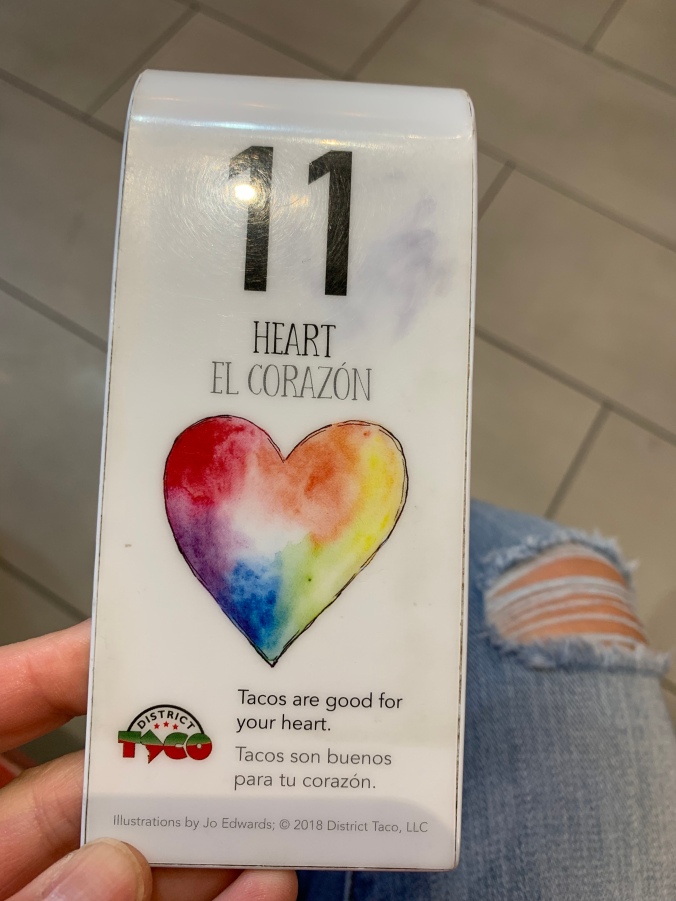 I snuck in a quick taco snack and yes…tacos are good for your heart. hahah 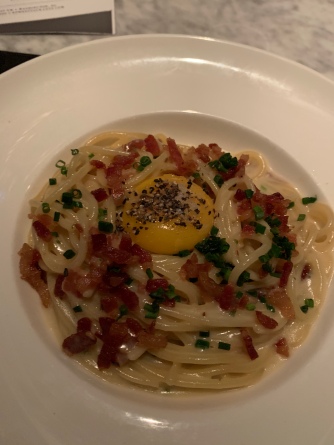 We had dinner at RPM Italian and it did not disappoint.

I’m a fan of carbonara and this one was soo good. They made it perfectly and when you have a good egg yolk…mmm, now I’m starving. 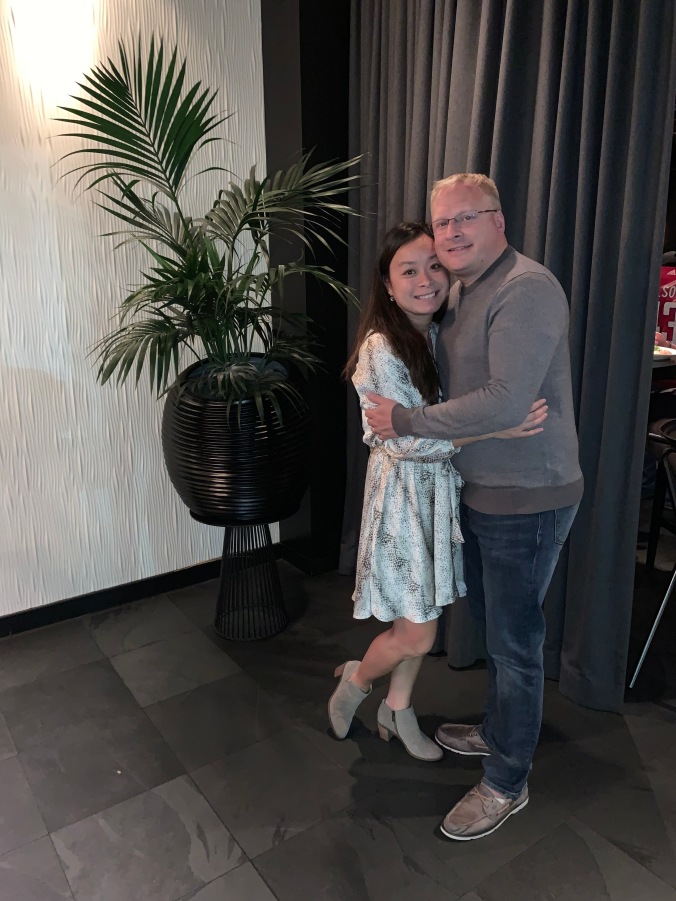 Happy 9 to my favorite Hubster in the world! 🙂

More to come on the rest of our trip soon!

One thought on “Washington DC – Day 1”