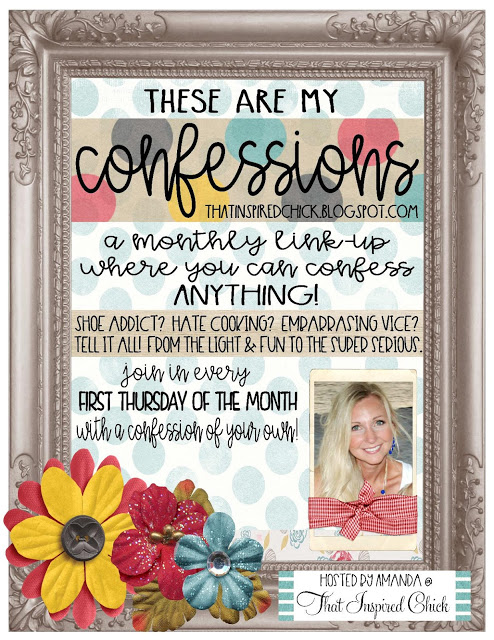 I’m linking up with Amanda to for her Confessions series.

Here’s my February confession: Twice now I have been completely oblivious to romantic gestures from The Hubster. Come on in and I’ll explain.

In the first few years of The Hubster and I dating, we were unable to spend Valentine’s Day together.

At the time, I worked in public accounting and well, we all know that February is smack dab in the middle of tax/busy season. Additionally, I had a client in Boston, so every year for like 3 years on Valentine’s Day, I would be in Boston auditing my client.

I was usually with a fun co-workers and didn’t mind too much.

One year, after a long day of work, my co-worker Ben and I got back to the hotel and agreed we would meet in the lobby an hour for dinner. I went back to my room, changed into some non-work clothes and was super surprised to see that there were roses in my room.

An hour later, I went downstairs to the lobby and this conversation happened:

Me: Hey – did you get flowers from the hotel in your room too? This is a super fancy hotel. They must love Valentine’s Day!
Ben: Ummm. No.
Me: What? How did you not get flowers? Is it because you’re a boy?
Ben: Those weren’t from the hotel. Go back upstairs and look at the card.
Me: There was a card?
Ben: Meet me back here in a half hour.

Sure enough – there was a super sweet card and the flowers were from The Hubster.

I called The Hubster and thanked him like crazy. I met Ben back in the lobby and he explained that Paul had tracked him down and asked what hotel we were at and Ben was all joking with me, but also a little bit like what is wrong with you crazy girl?

I thought that maybe I wouldn’t ever have to tell The Hubster about this incident but later that year at the company picnic, Ben happily told The Hubster what happened.

We laugh about it now. 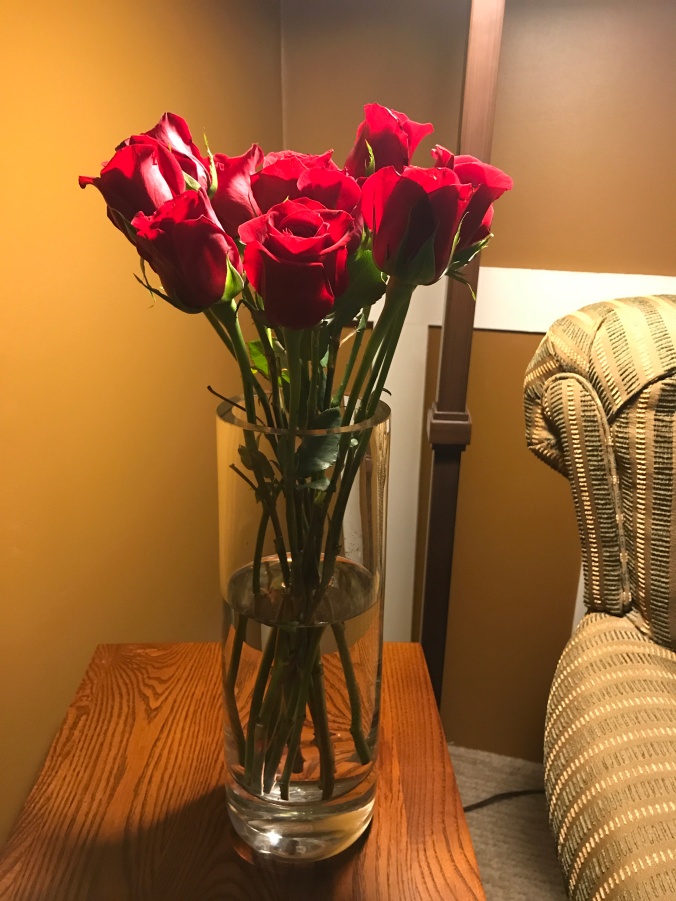 A few weeks ago, when we were in Deep Creek, The Hubster had roses waiting for us in our room.

I was completely oblivious to them for a few minutes and then just assumed they were a decoration in the room.

It was only when The Hubster stood next to the roses and looked at me like I had a horn growing out of the top of my head, did I realize that maybe they were from him.

I say maybe because I actually asked him, “are these from you or the hotel?”

He’s the sweetest man on earth.

And he’s married to the most oblivious woman.