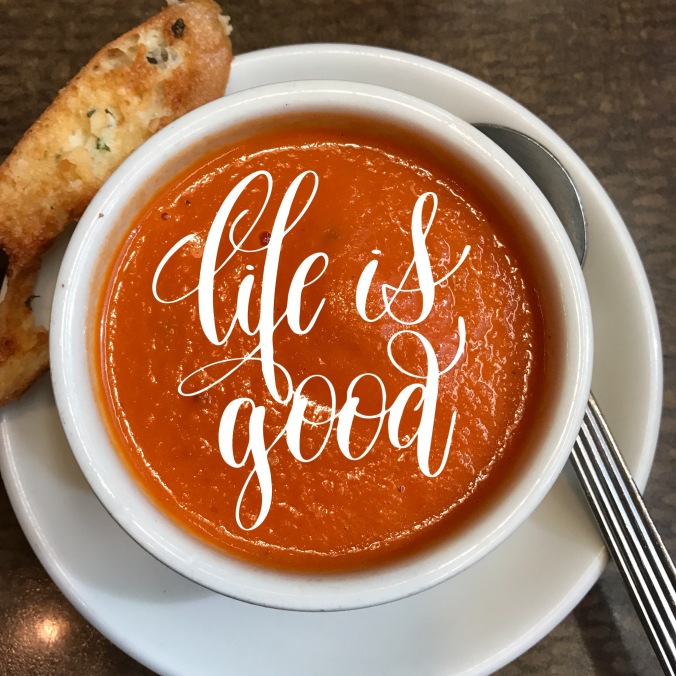 We’ve had lots of stuff going on these days, so grab your coffee and see what life has been like for us lately! 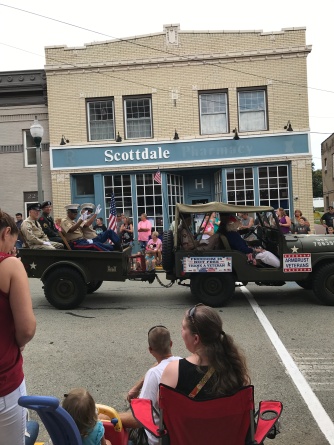 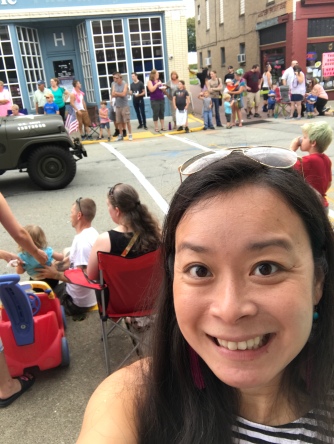 We went to our town’s annual fall festival and it was so much fun.

It starts with the parade and I think one of our favorite parts is seeing the veterans. They are such an important part of our country and I am always happy to wave and cheer for them every year. 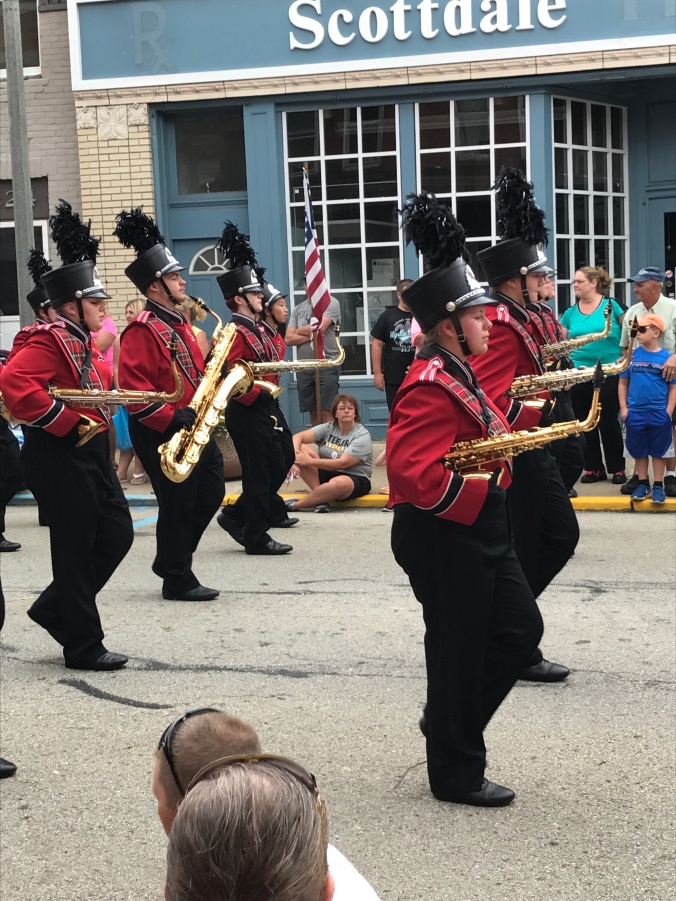 We cheered for Kira, our neighbor, in her last parade as a high school student.  She’s in the row on the left right next to the flag.

She’s embarrassed when we cheer loudly, which only makes us cheer louder! 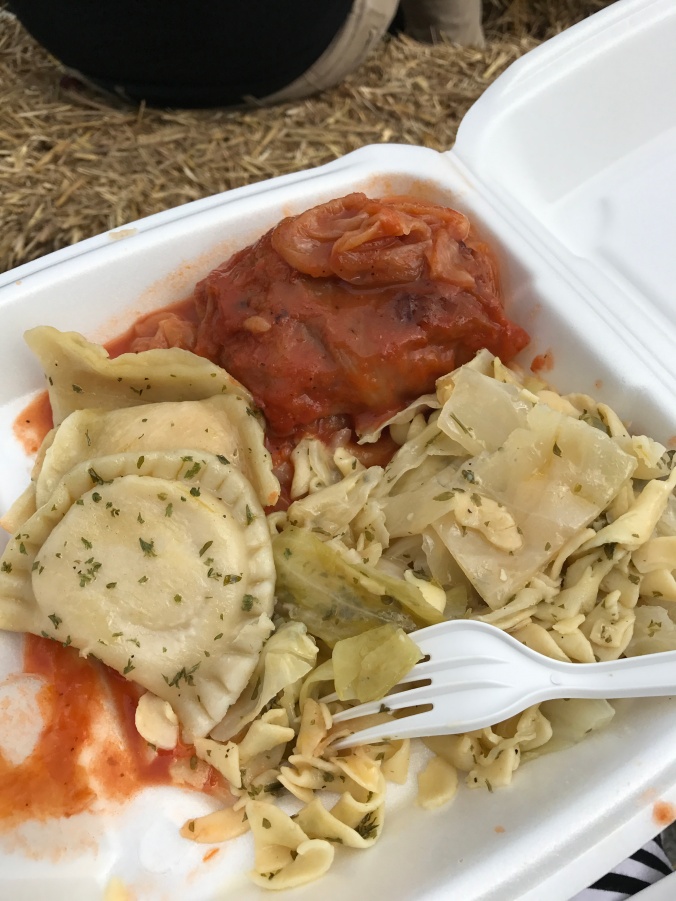 I’m never one to turn down the polish platter. 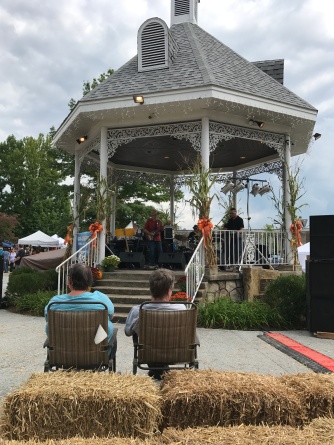 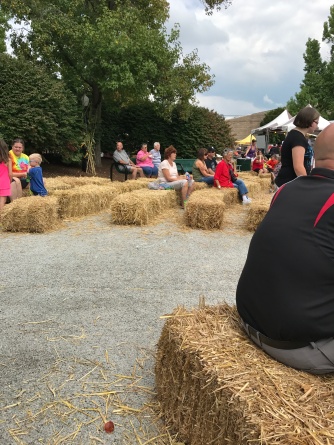 Every single time I go to this festival, I swear that I live in Stars Hallow and am looking for the Gilmore Girls!

Seriously – we have a gazebo. We have hay bales. There are people strolling around town for a festival.

We just need a Luke’s for some good burgers and coffee! 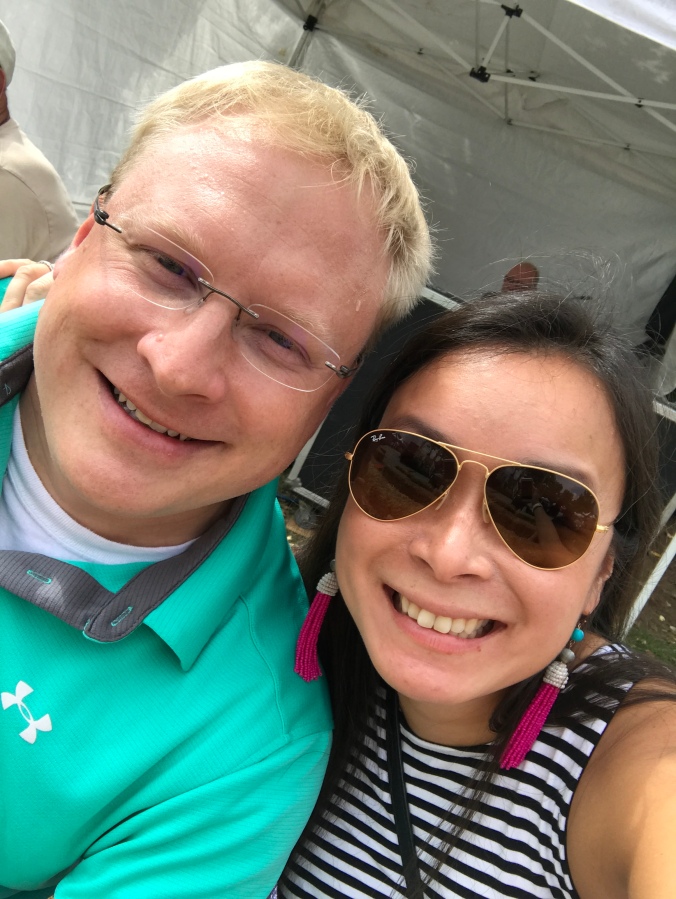 Me and my favorite guy. 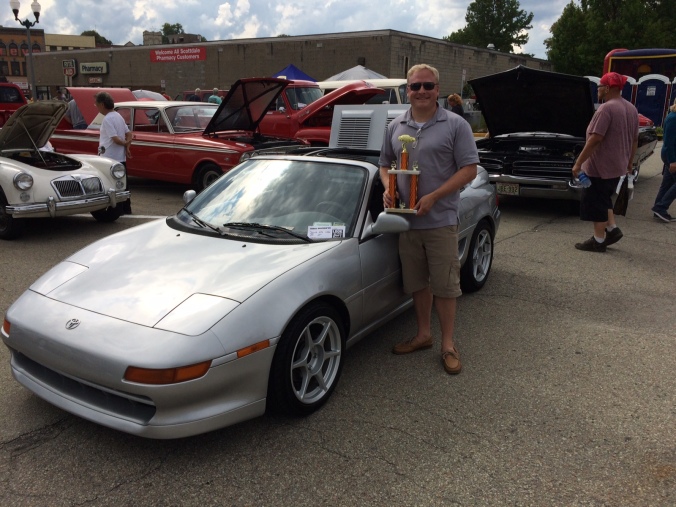 The Hubster entered his car into the festival car show and won first place for best imported car.

He’s so proud of his trophy!!

You can’t really see it, but there’s a golden car on the top of the trophy. It’s so funny to see!

He’s proudly displaying it in the garage next to the car. 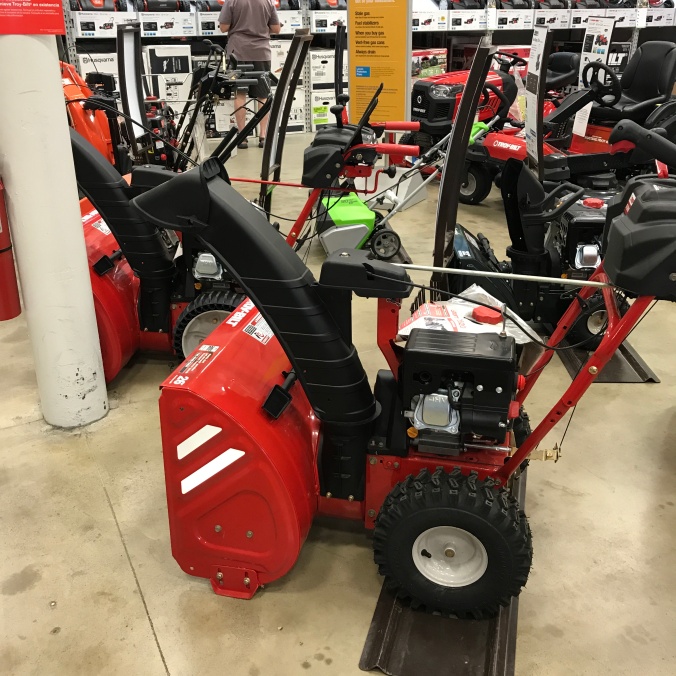 I ran into Lowes to pick up some light bulbs and saw the snow blowers.

I am SO not ready for snow blower season! 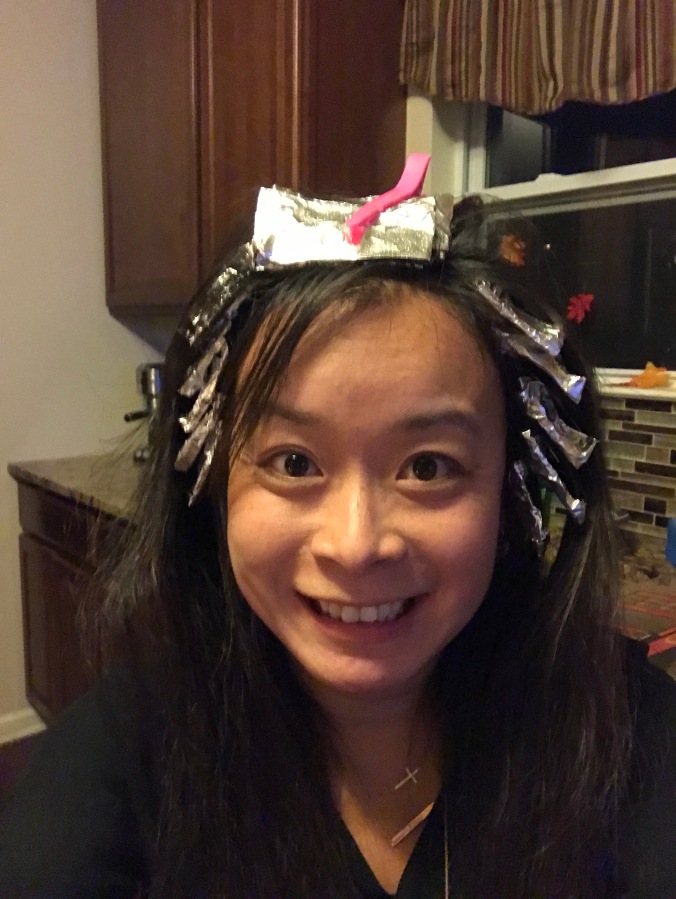 So I cut my hair like twice a year.

The last time I did it was in February!

I was long overdo for a refresh.

One of my besties does hair, so I headed to her house for a little girl time and highlight/trim. 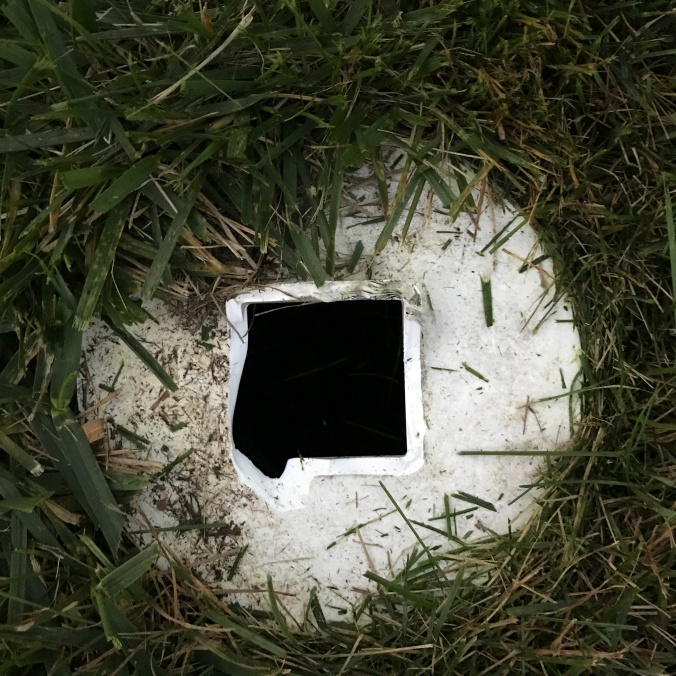 I had a little bit of a mishap mowing the lawn the other day.

I’ve mowed over this drain a million times and this hasn’t ever happened. 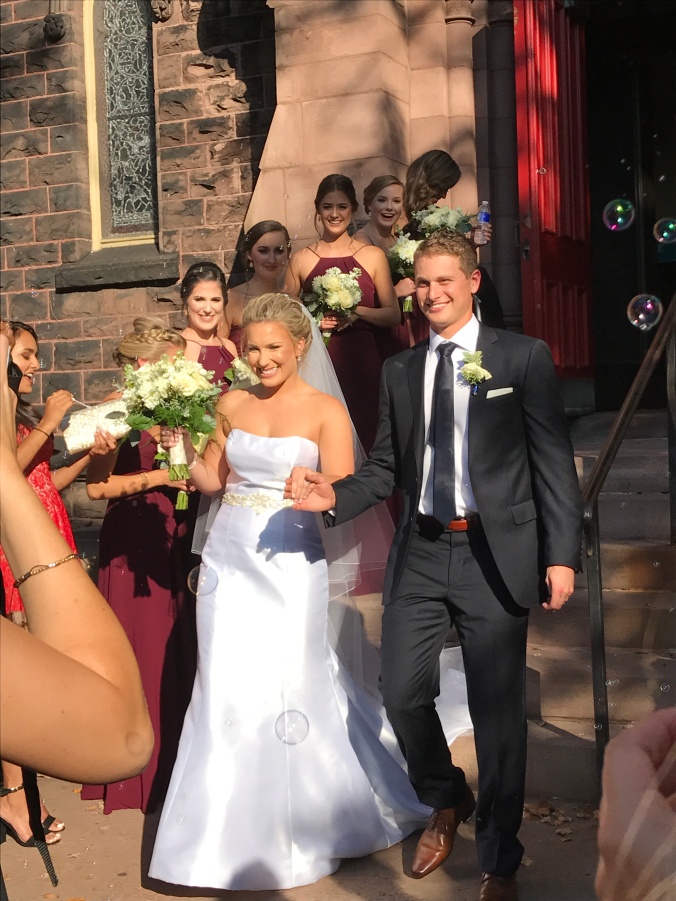 The Hubster’s cousin, Jack, got married last weekend and we were so excited to celebrate with them.

They are the most adorable couple and we are so happy they’re married! 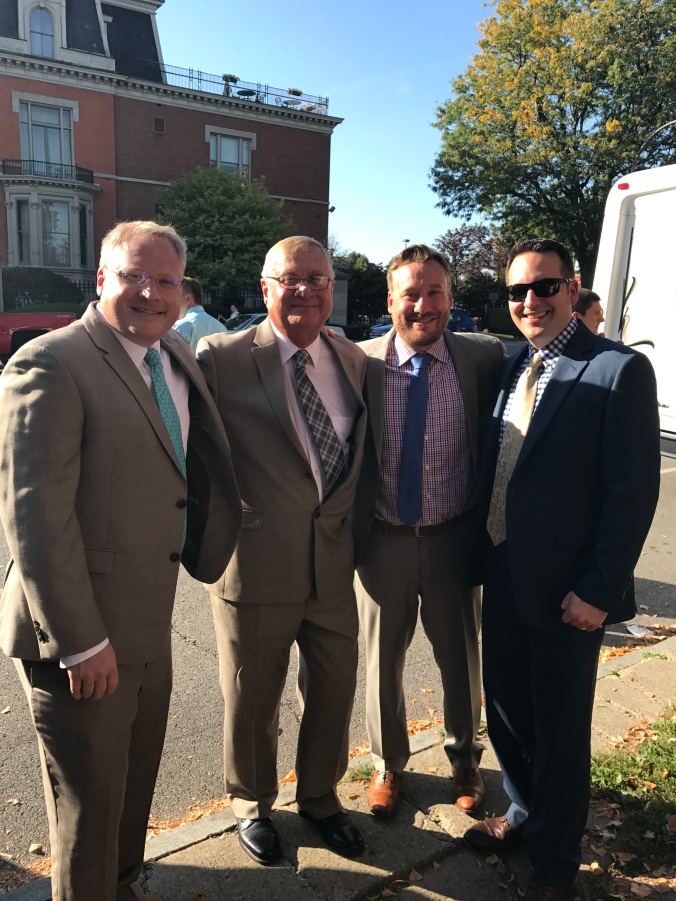 No joke – The Hubster, his dad, and his brother wore the same suit to this wedding.

My other brother-in-law didn’t get the tan suit memo and instead wore his blue suit.

These guys are the best. 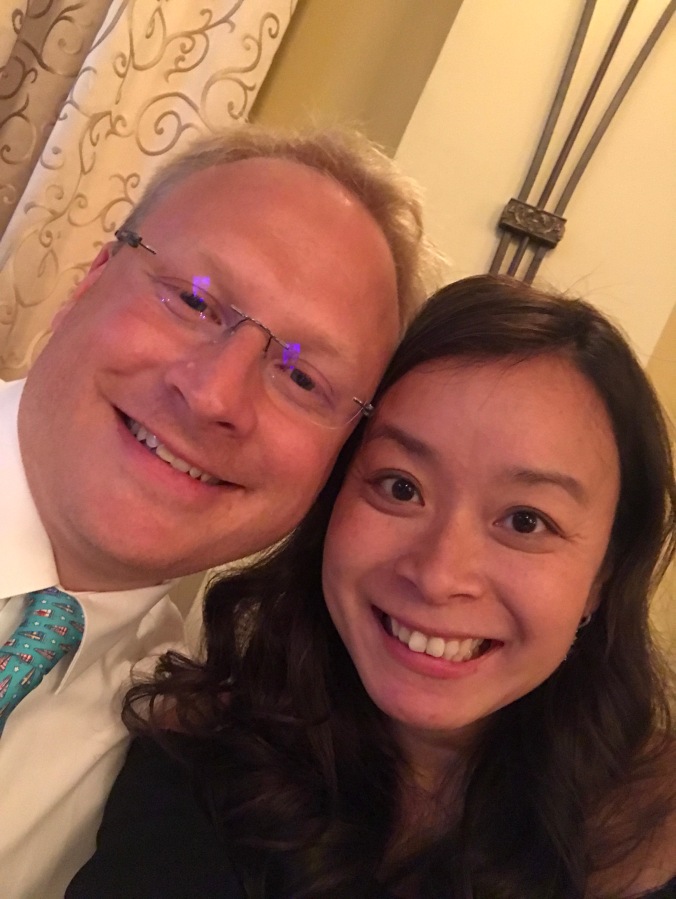 I think this is the only picture of us that we have from the entire night. 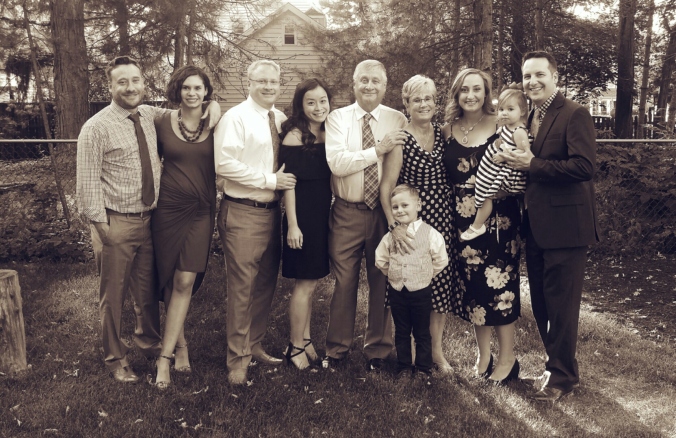 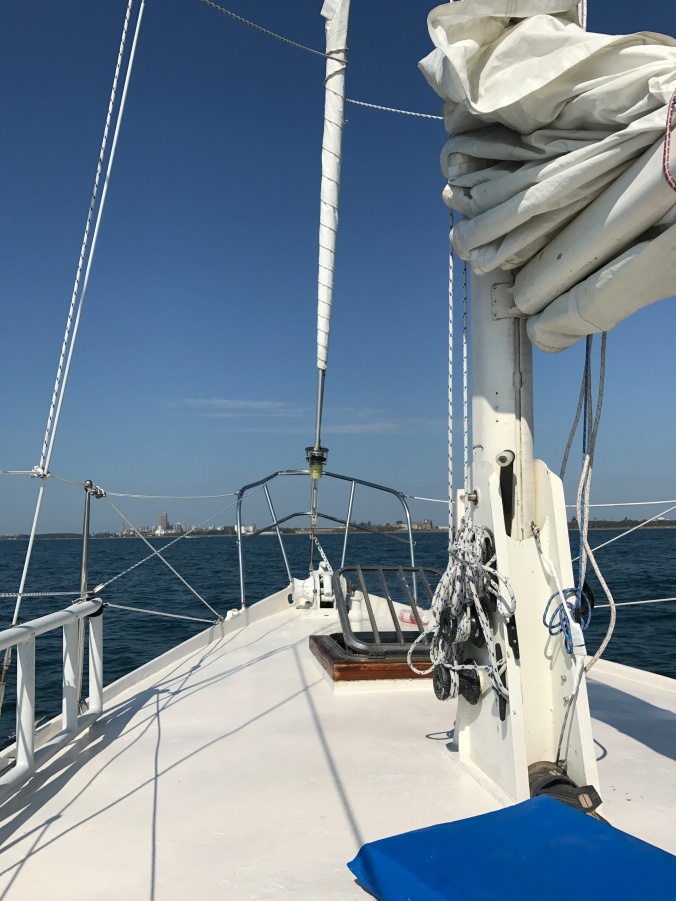 We spent some time on the boat and it was so amazing.

I gotta tell you – being on Lake Erie in the summer is one of my most favorite things in the entire world.

And because there’s been unseasonably warm weather lately, we were able to go for a quick swim too!

Summers in Lake Erie are the best! 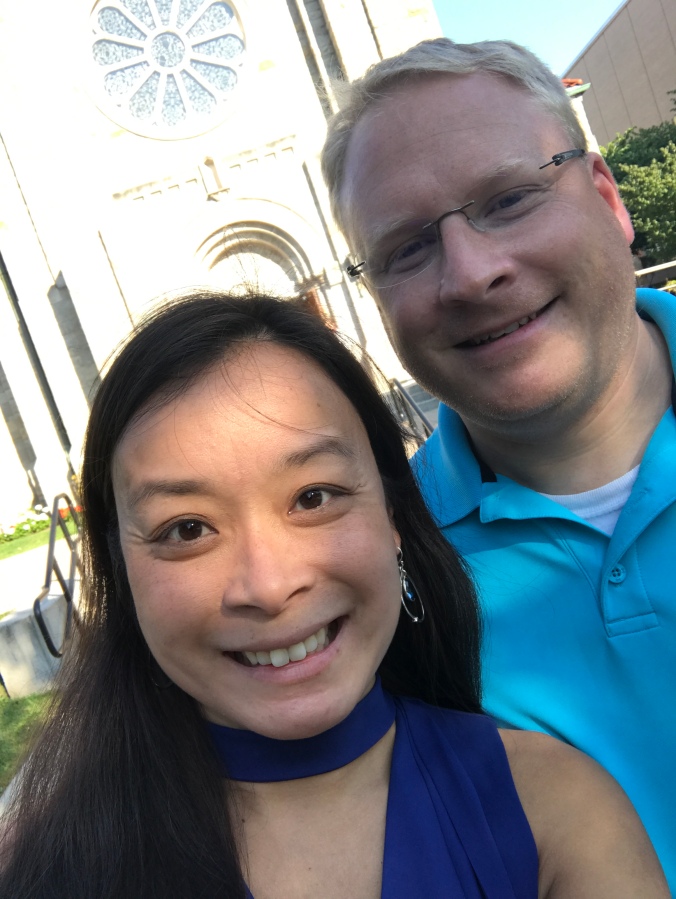 I mentioned yesterday that the priest that married us passed away a few weeks ago. There was a memorial service for him in the chapel where we got married. Since we were planning to be in town, we headed to the service.

It was a beautiful tribute to a man who totally embodied his faith and lived joyously. 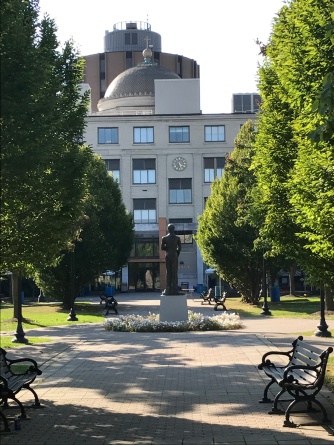 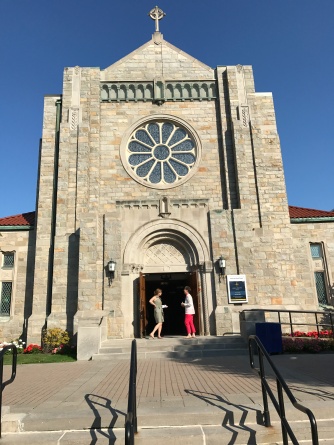 I haven’t been back on campus in years, so I really enjoyed seeing how it had changed and what still looked the same.

It was also fun to show The Hubster some of my favorite places there too. 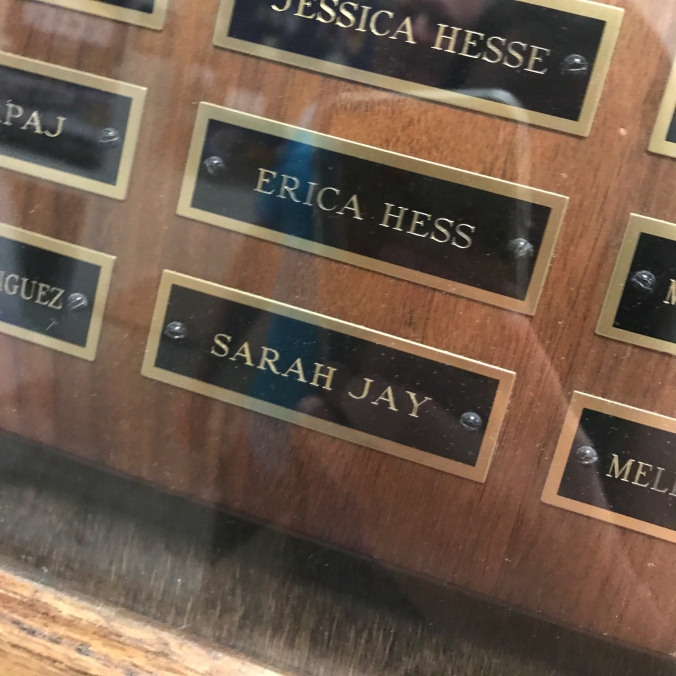 The funniest part of the day was when we walked by this Student of the Year board and I said to The Hubster, “let’s see who it was in my year – maybe it’s one of my friends.”

And lo and behold – it was me!

I only kind of remember getting this award. Whoops! 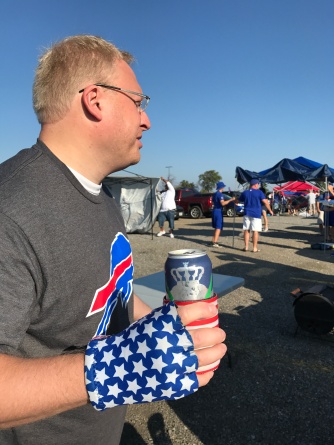 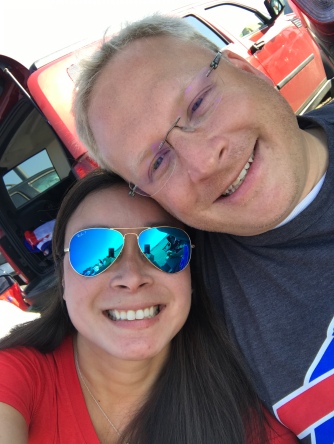 We tailgated at the Bills game and it was so much fun!

I cannot drink beer at 9am anymore.

I only barely used to be able to do that and that’s when I was like 19.

Now, my stomach revolts at the thought of drinking beer before breakfast.

The Hubster doesn’t have these worries! 😉

I was a little more civilized and brought along mimosas! 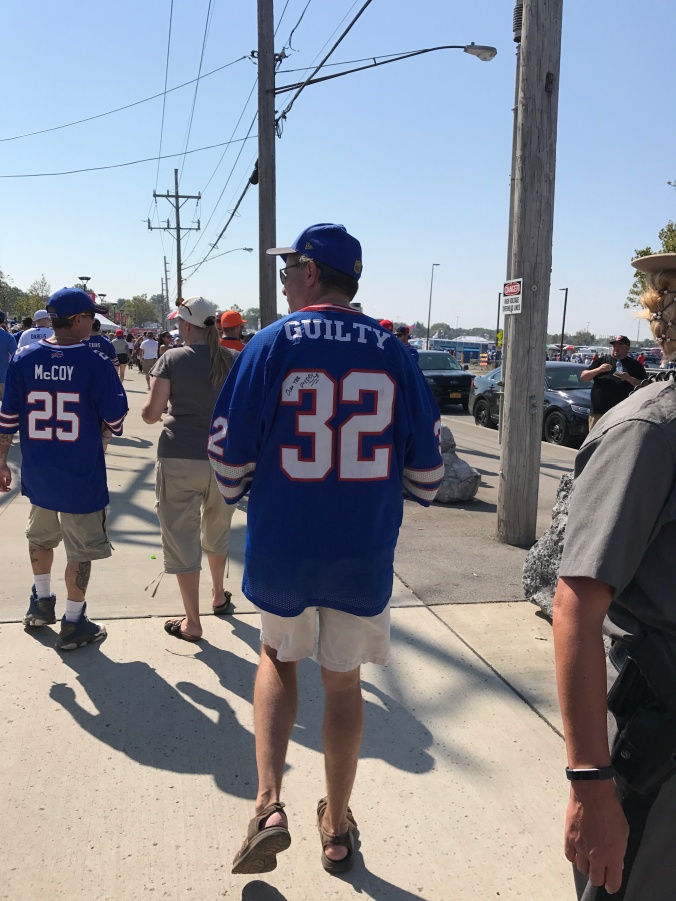 We thought this guy’s jersey was hilarious.

If you don’t get it – OJ Simpson used to play for the Bills and his number was 32. 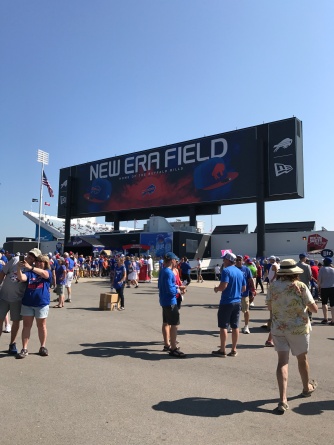 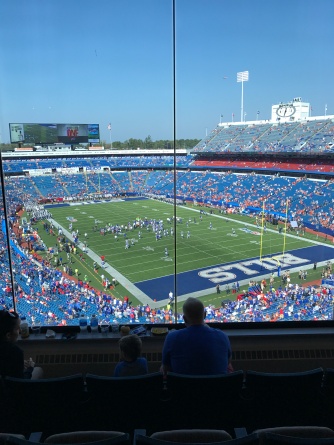 We had awesome seats! 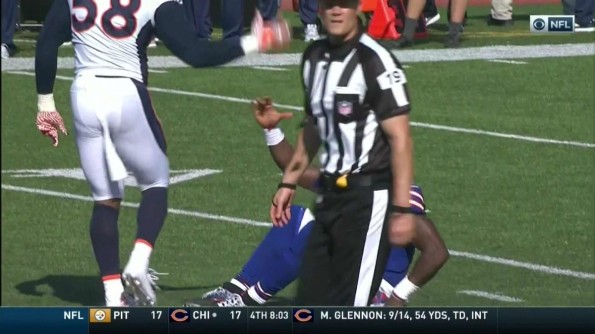 My favorite play of the game. 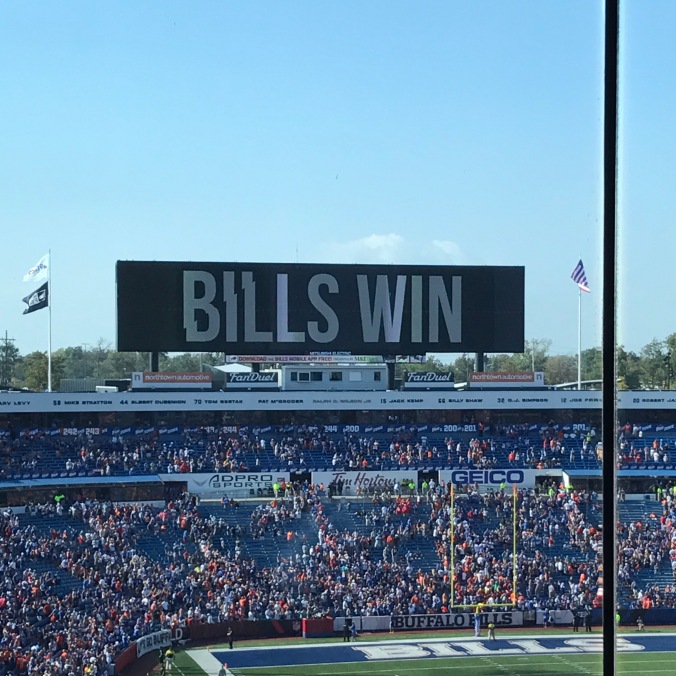 So that’s what’s happening around here.

One thought on “Life Lately”