It’s Monday and you know what will make us all feel better? Another edition of Sarah’s Shopping Steals!

Last weekend, I headed out to run some errands and just found myself at Target. (I have no idea how my car magically knew how to get me there on its own!) But there were some adorable shoes and I had no idea they would be such great steals!

During the Nordstrom Anniversary sale, I saw a bunch of people post about these Halogen flats and I couldn’t decide whether they were worth it or not. And their regular price is $90 and I decided to pass. But then these Kady Pointed Toe Lace Up flats popped up in front of me and I had to have them. And who could pass up $24.99?

This is one of the best deals I’ve seen in awhile. During the Nordstrom Anniversary Sale, I salivated over the Steve Madden ‘Eternul’ Over the Knee boots. I decided that they were worth the money and bought them. Even at $169.95, they are very pricey, but gorgeous, comfy, and a worth it splurge.

And then when I was in Target, these dv Marilyn Over the Knee boots caught my eye. Not only are they very similar in color, they are only $49.99. That’s a savings of almost $120!! As you can see, I tried them on and they look very similar. If I hadn’t already bought the expensive ones, these would have been on my list for sure. And really, don’t they look awesome with my pink shorts? hahaha But in all seriousness, if you need a fantastic pair of over the knee boots, these Target boots would be worth it. 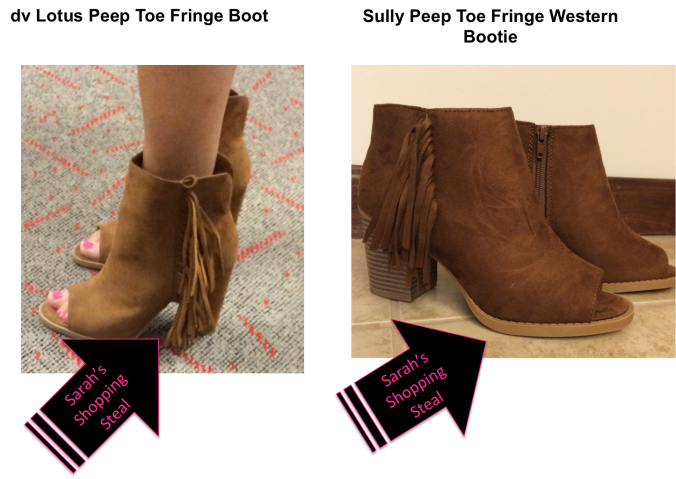 This last steal is actually relating to both pairs. I found the dv Lotus Peep Toe Fringe booties at Target. They were adorable and I almost bought them. The reason I didn’t buy them is because they rubbed on my leg weird, but I so wanted them. At $37.99, they are fairly reasonable and will be cute to transition from late Summer into Fall.

But then I was on Amazon and found these Sully Peep Toe Fringe Western booties, which are $28.14 and I decided it was a sign they should live at my house. They arrived yesterday and I’m trying to find a cute dress to wear them with. One might be on order today. hehe

I’m really feeling the floral dresses for Fall.  I thought I’d share a few for your viewing pleasure! (And they aren’t crazy expensive either!!) 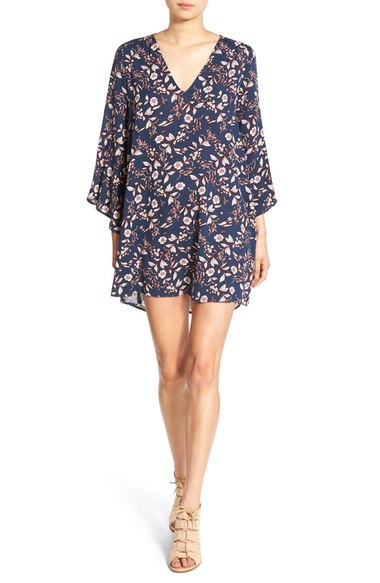 This Lush Whitney Bell Sleeve Shift Dress is adorable. It comes in a bunch of other colors and I think would be perfect with a jean jacket and over the knee boots.

I just bought this Speechless Ruffle Mock Neck Shift Dress and it should be here tomorrow. I can’t wait to pair it with my new Fringe Booties!! I promise pics will follow!

Hope everyone has a great day!

One thought on “Sarah’s Shopping Steal”