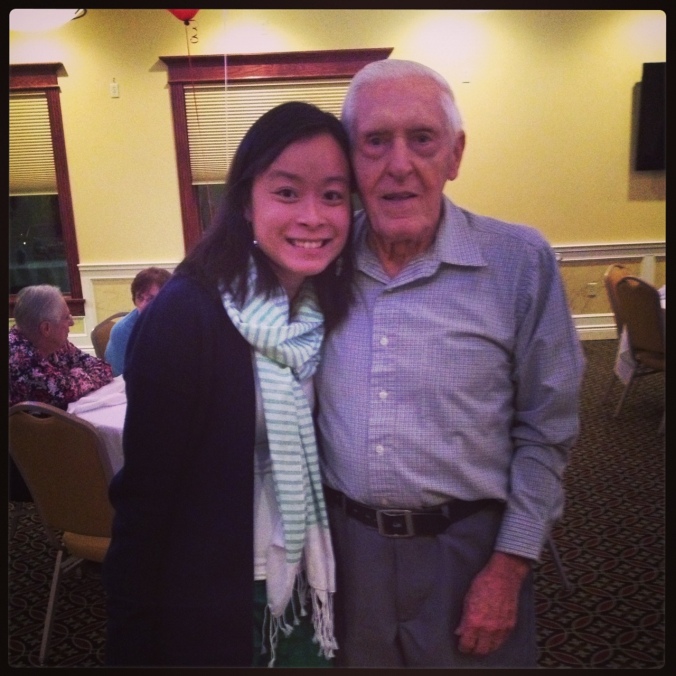 Today, one of my favorite humans ever, turns 96!

My Grandpa has been in my life for the entire thing.

He’s an example of how to work hard your whole life.

My Grandpa was in the Merchant Marines during WWII and only within the last few years was even recognized as a veteran.

Now that is is officially one, he eats like 800 meals on Veterans Day because he hits up every single free place.

No joke. Last year he ate at Subway, Olive Garden, Applebees, got a free coffee at Burger King, and at least 2 other places. 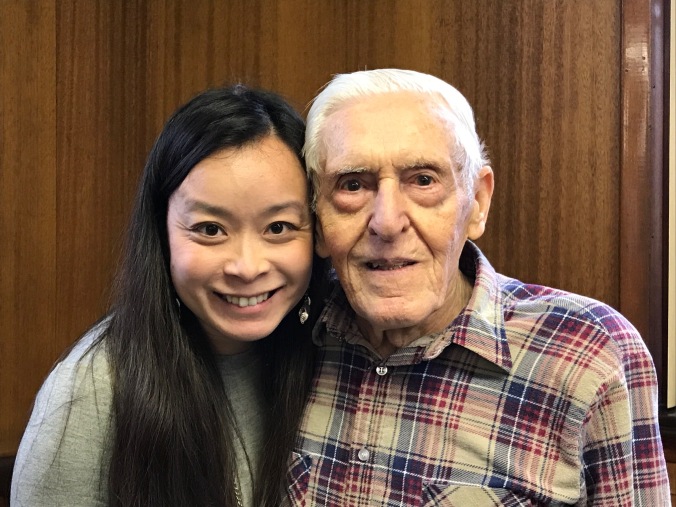 You would never know he’s on the second half of 90.

He only wears glasses to drive.

He doesn’t use a walker/cane/walking assistance.

He makes his own meals every night.

He recently got a handicapped pass for his car and the doctor asked why it took him so long to ask. Grandpa told the doctor that his hips didn’t hurt until now.

Quite honestly, my Grandpa is amazing.

I love him so very much and am beyond grateful that he’s been such a constant in my life.

Happy Birthday Grandpa! I love you!

(Even though I know you have no idea what a blog is and you’ll never see this!)