I’m back to regular life today. After having 2 weeks off of work, it’s time to get back to normal.

It’s probably just as well. I need to get off my couch and into some clothes that don’t have a stretchy waist band. 🙂

In any case, if you’re interested to hear about our Christmas vacation (or the first week at least), come on in!

We started our Christmas break out like any other normal couple – taking selfies while we waited in line at Walmart. hehehe

The Hubster wasn’t so into this picture. Especially since I also made him take a picture of me in my outfit for the day in the shampoo aisle.

We decided to spend the 23rd making yummy food.

I made Mix & Match Mama’s cranberry orange bread. So it tasted amazing but sunk way down in the middle. So I couldn’t bring it anywhere.

The Hubster and I enjoyed it by ourselves right out of the pan. 🙂

And then we had The Hubster’s ginger scallops (the ones shown above were before he grilled them). The scallops were sooo good. We shared them with our neighbors. Because we’re nice like that.

Also because eating that many scallops just the 2 of us was a little bit much. 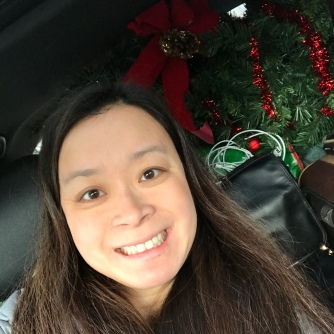 We realized (way too late) on the 23rd that we had so much stuff to bring back to Buffalo with us that we might not fit into my car. (The Hubster’s car is smaller than mine.) Sometimes we rent a car to drive back, but I didn’t want to rent a giant SUV (and pay for it) for a week.

What are we to do?

The Hubster suggested going out to buy a new car that night.

I told him I wasn’t emotionally ready to part with Greta.

My car is a Jetta and is silver…so I named her Greta the Jetta. The Hubster’s car is named Rolf the Golf. But I digress.

We did manage to fit everything in the car as you can see, but we were so smushed in the car that I was warned not to open any doors when we stopped for gas because things were so wedged in.

I was also limited to 2 pairs of shoes and a small suitcase. Such sacrifice I made this trip. 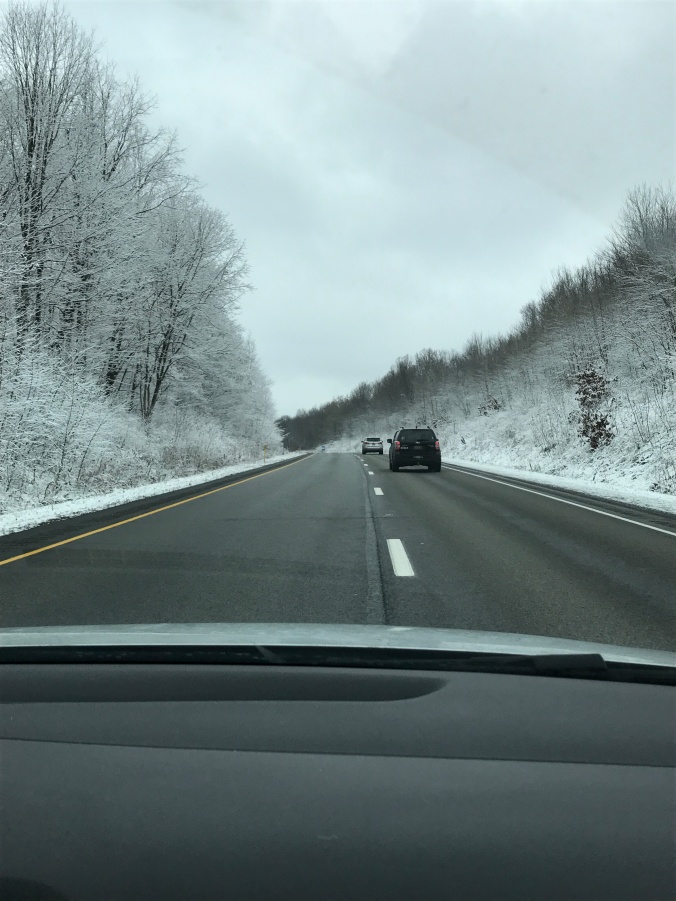 The drive back was at least really pretty. It was before we got a lot of snow (and before the super cold weather hit), so we were happy to see the winter wonderland!

My brother was a tiny bit horrified when I showed up at my parents’ house. I was wearing my comfiest Rudolph leggings, a Christmas Vacation shirt, and a hoodie.

I think it was the perfect Christmas Eve outfit!

After we unpacked and relaxed for a bit, we to into our nice clothes and headed to church with my family.

While you can’t see my outfit, I was wearing this sweater and a skirt similar to this one.

This year he was very generous and I got a lot of super nice jewelry, some warm socks, fun Christmas pajamas, gloves, and all kinds of cozy stuff.

We spent the rest of Christmas relaxing and hanging out.

I should have taken more pictures, but it was actually really nice to just chill out.

The next morning, we got up and headed to my in-laws to do Christmas with them.

We started with an amazing breakfast that my mother-in-law cooked and here you see The Hubster chowing down on sticky buns. I think that’s his favorite part of the holidays.

If you ask him, he’ll say one of his favorite things at Christmas are the sticky buns.

My sister-in-law had us play this oven mitt game.

Have you guys heard of it?

We had so much fun playing this game together.

And my brother-in-law is super sneaky – he wrapped his packages with packing tape. They were so hard to unwrap!! 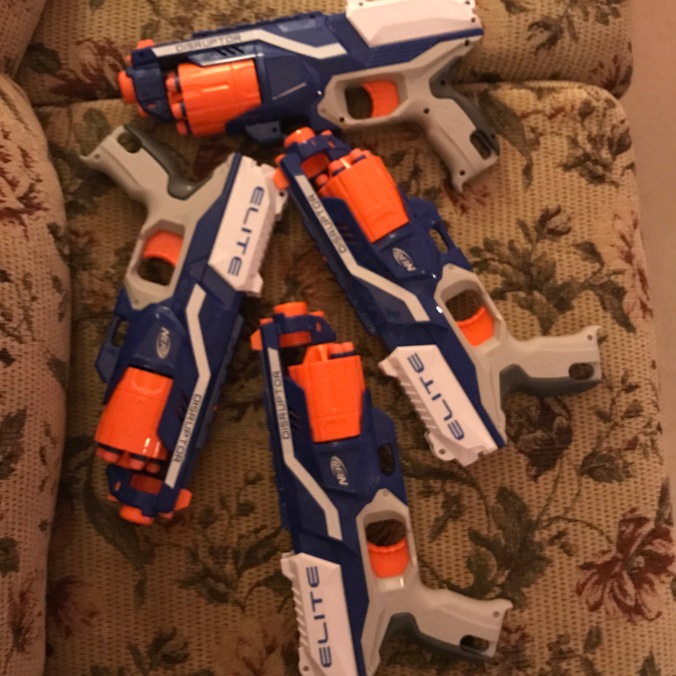 I think one of my most favorite things of this year’s Christmas was the last gift. The Hubster and I gifted the entire family (minus our almost 2 year old niece) Nerf guns.

And during nap time, we all went downstairs and had this epic Nerf battle.

Since we had a 4 year old with us, there were rules…like no shooting people in the face and we had to keep it fairly clean.

But let me just say, after he and his little sister went home, the 6 adults left at my in-laws had a no holds bar Nerf gun war.

We can all agree that if it came down to it, I would never have survived real war. I got shot in the neck about 10 times. 🙂

The rest of the week in Buffalo was spent visiting friends and hanging out with our favorite peeps. 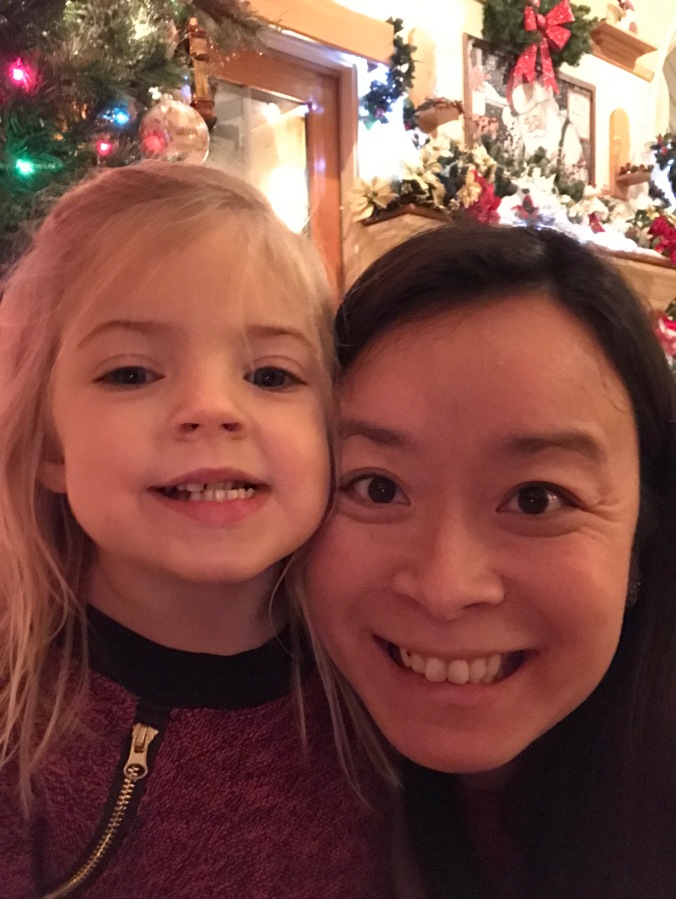 I got to spend a night with my adorable goddaughter and her family.

She’s getting so big and I can’t believe she’ll be 4 in a few weeks! 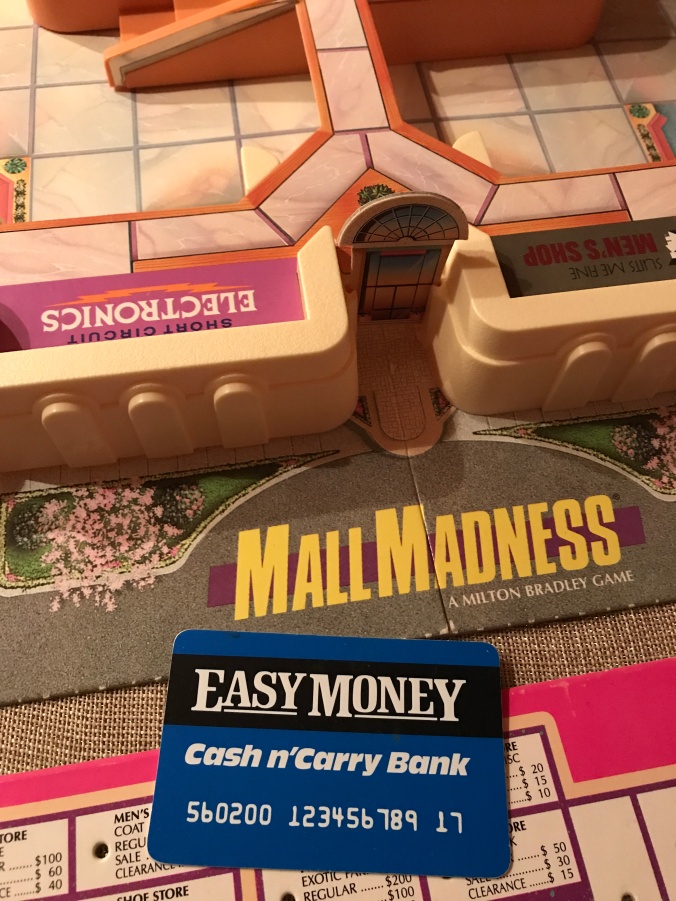 My sister-in-law and I painstakingly set up Mall Madness only to find out that it didn’t work. Even with new batteries.

Devastation isn’t the right word to use.

We are hoping The Hubster can fix it. 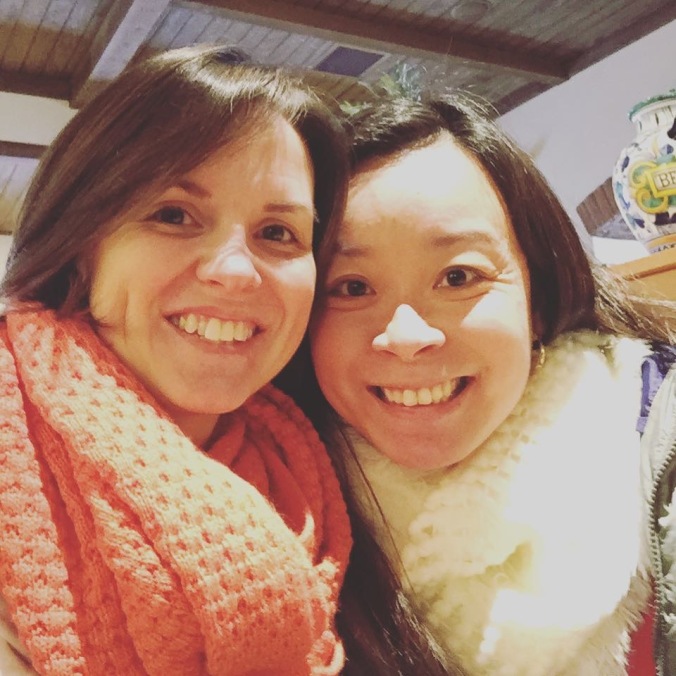 I met up with one of my besties for lunch one day.

We only get to hang out a few times a year but we never stop talking the entire time. A true sign of a friend. 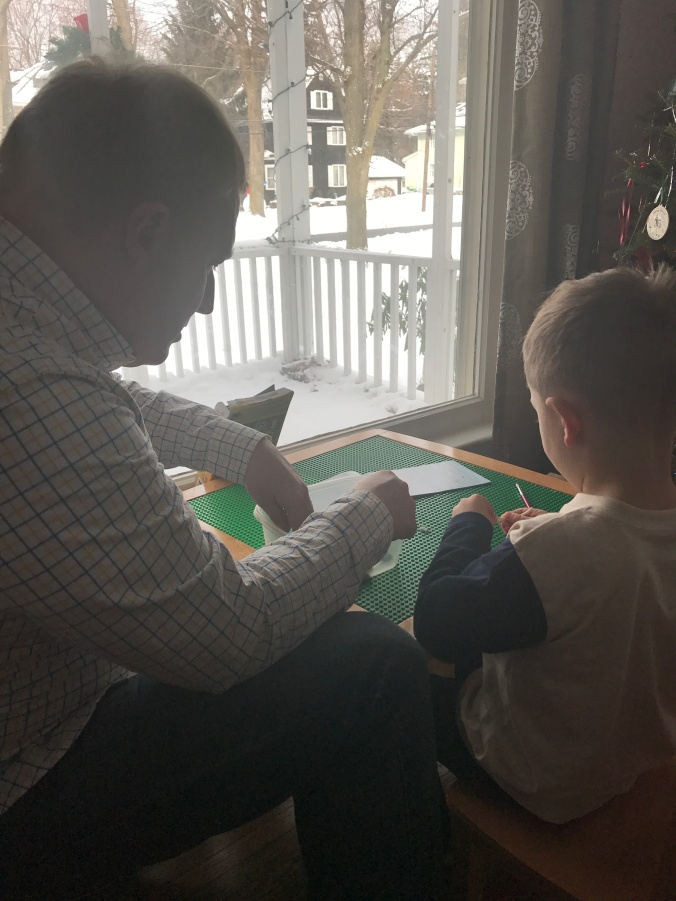 Our last night in Buffalo was spent babysitting our nephew and niece.

The Hubster and our nephew spent a lot of time putting together a dinosaur Lego.

As you can see, they took this job very seriously. 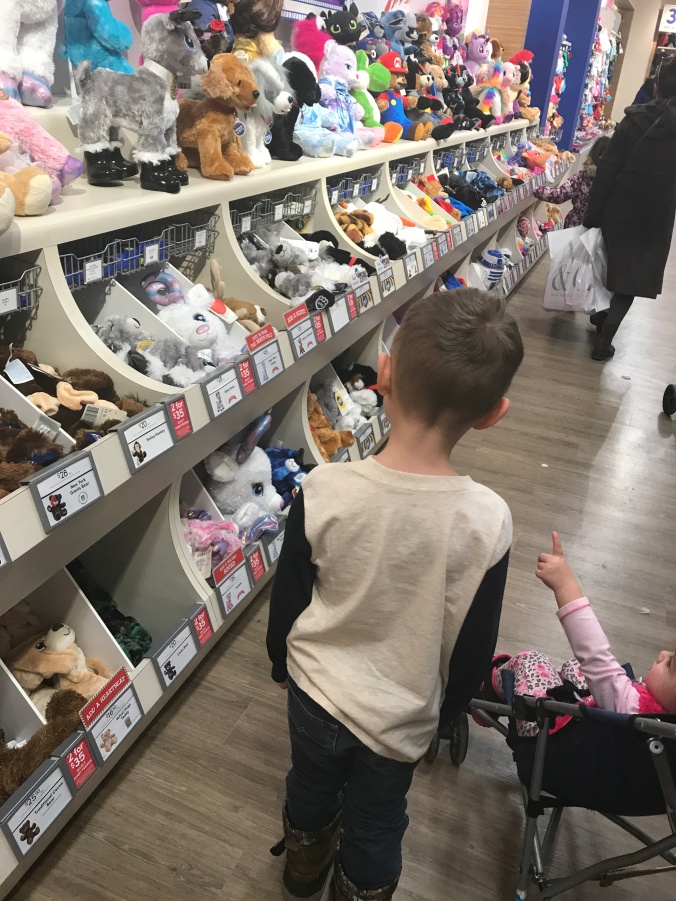 And then later in the evening, we went to Build a Bear.

It was quite an experience – those stuffed animals are way more expensive than I thought.

Plus, did you know you can buy accessories (jewelry, purses, shoes, etc) for your bear? Accessories.

My mind was blown.

As was The Hubster’s when he paid the bill. hahaha

It was a really cool thing to do with the kids though. We had a great time.

And just like that, our time in Buffalo was over and we headed back home.

It was freezing cold and snowy, but our backyard looked amazing.

Plus, after a week of being away from home, it felt amazing to put on sweats and relax.

It was a pretty fantastic Christmas 2017!