I need to come down off my sugar and party food binge. The last 2 weekends we have been at parties non-stop.

This last weekend, we had a 3 year old party, a meat raffle (!!), a wrestling tournament honor, and a Super Bowl party. 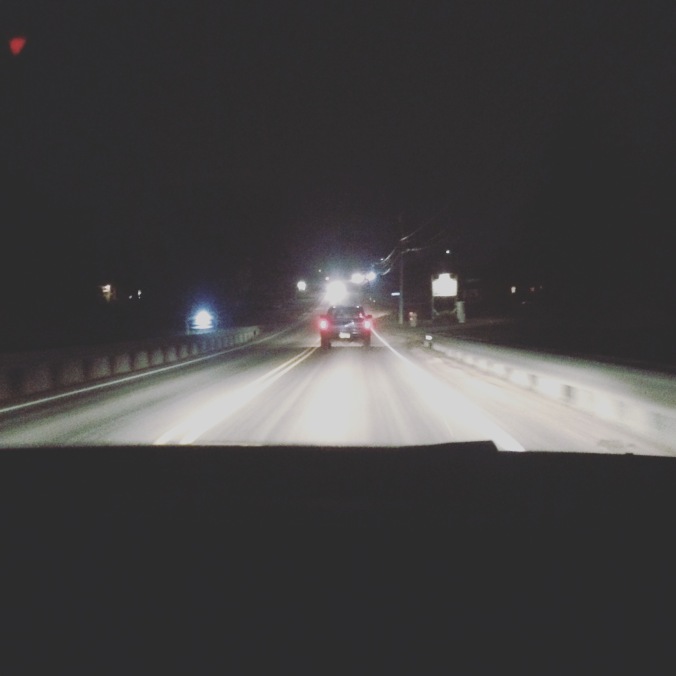 Oh, this familiar scene of a Friday night. I feel like we spend a lot of time together in the car. The Hubster listening to talk radio, me pinning funny things on Pinterest or sleeping. ha! 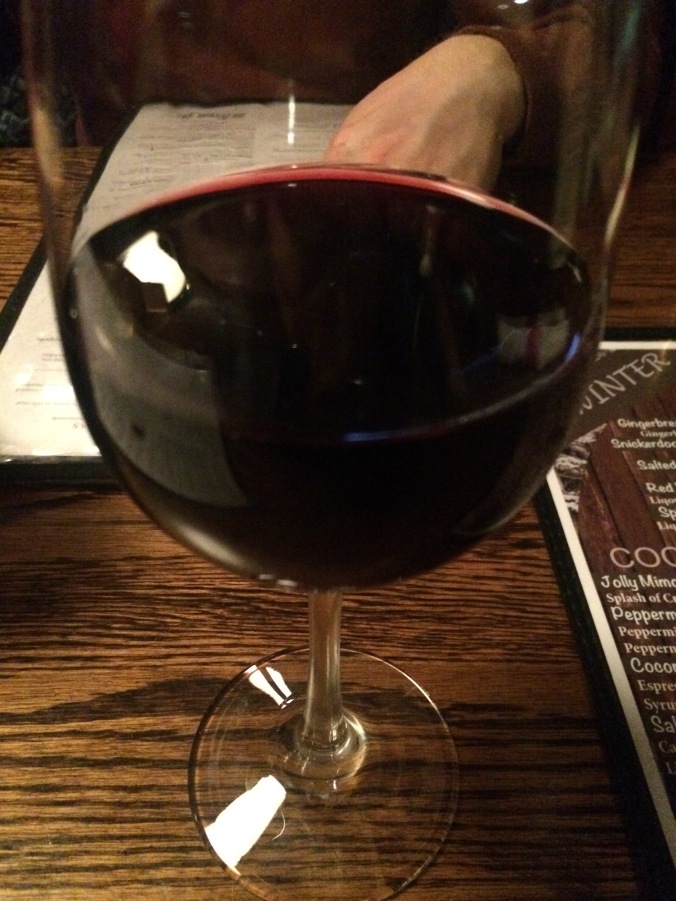 I don’t know about you guys, but Friday? Friday was a hot mess.

And when we got into the car and got about 30 minutes away from home, The Hubster realized that he was wearing his uncomfortable shoes and forgot to pack anything else.

What were we to do? We stopped at the Grove City Outlets, of course!

The Hubster found himself a pair of shoes and told me not to buy anything for myself. Boo.

So I went into Gymboree and found cute Valentine’s Day presents for our nephew and niece! 😉 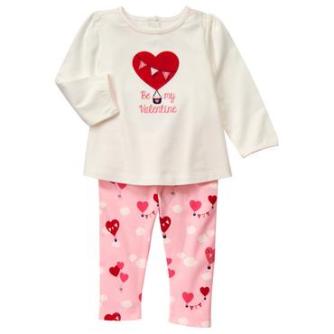 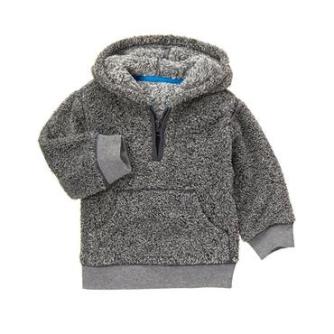 Are they adorable? Of course the pajamas were on 40% clearance and at $6.99, they each got a pair of new jammies. 🙂 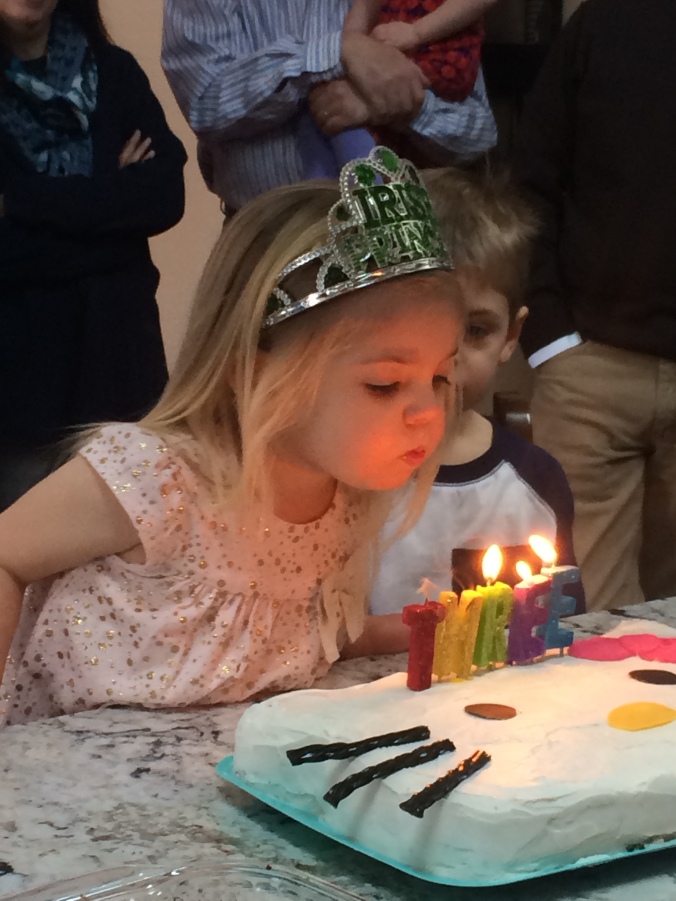 And then we ended up at my god-daughter’s third birthday.

She’s adorable and the cutest little 3 year old I know. I think she had a blast at her party. (and her cake was delish!) 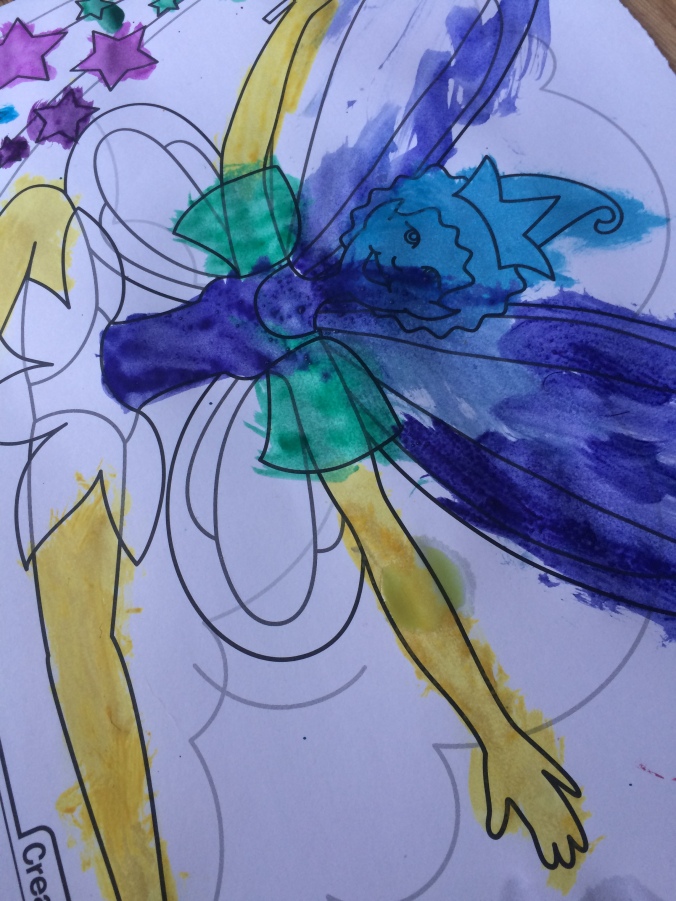 And then her big brother painted me this awesome picture. 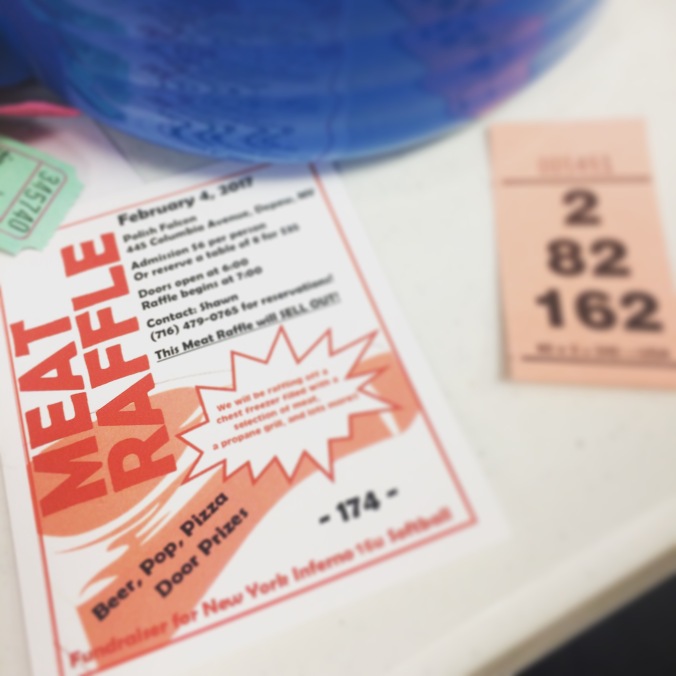 Saturday night we went to a meat raffle. Which is exactly what it sounds like.

You buy raffle tickets and can win meat!! 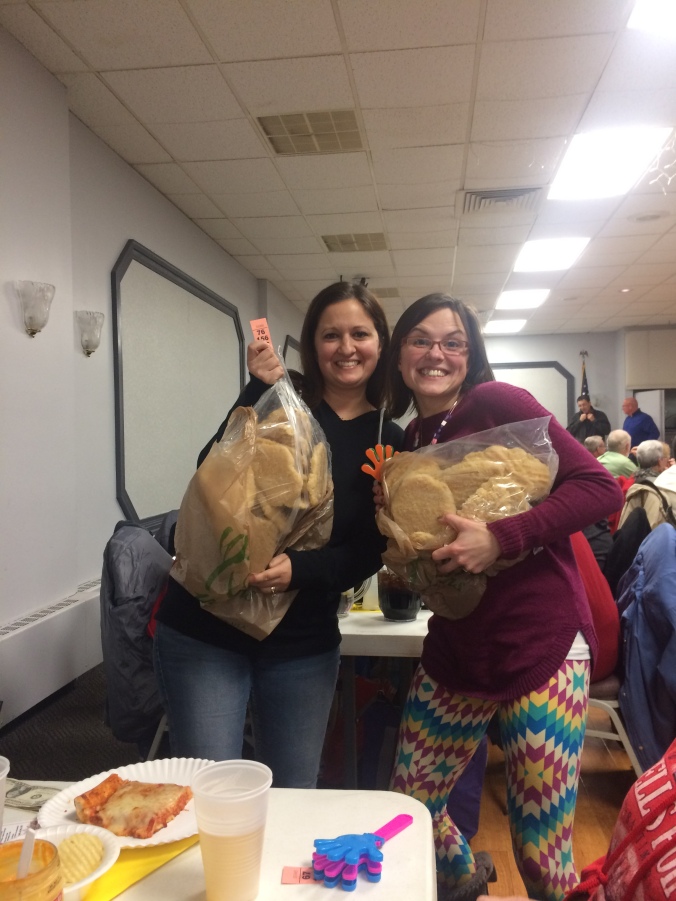 My bestie and her sister-in-law won at the same time! They both went home with 5lbs of breaded chicken!

Actually – everyone at our table went home with something fun – a turkey, bacon, ham, italian sausage, hot dogs. Everyone but The Hubster and me.

It’s okay – we didn’t really have any good way to get it back home without it spoiling. 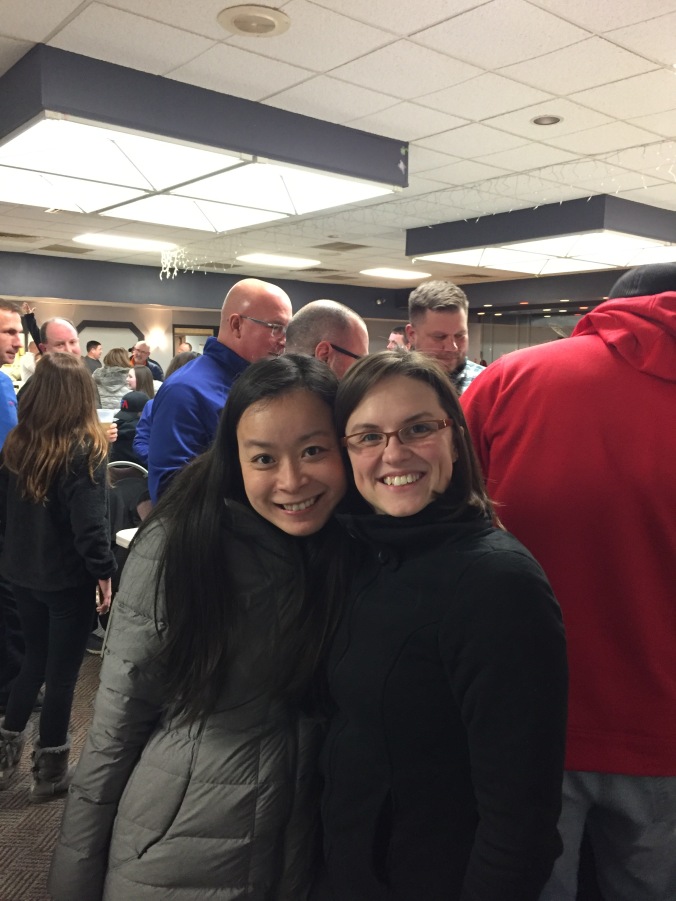 This is one of the best girlfriends a girl could ever have. She’s such a great friend and I’m a lucky girl to have her. 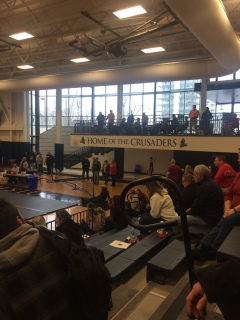 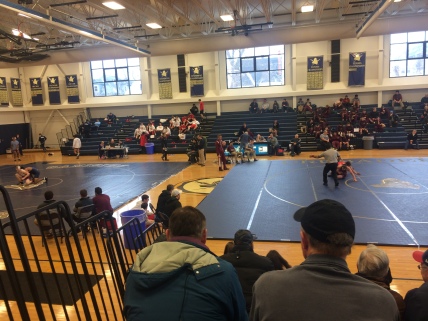 Sunday we spent the afternoon with my dad at his high school wrestling tournament. They honored him for being one of the past champions.

I had no idea how successful my dad was in high school. I mean, I knew he was inducted into his school’s hall of fame, but he won his weight class every year for the entire division. He was able to meet up with his old classmates/teammates and his old coach.

He had a great time and I think he was so happy we joined him for a little bit.

We ended the evening like the rest of America…watching as Tom Brady led the Patriots to a super unbelievable comeback.

I was cheering for the Falcons, but I totally understand that Tom Brady is an amazing talent and that we watched something they’ll be talking about for years and year.

Plus – as ya’ll know – I love my Buffalo Bills. So I get heartbreak and losing at the last minute. #wideright #buffalove

Hope you guys have a great week! I’m back tomorrow for Workin It where we talk about marriage!