Our families and friends love games. We have game nights regularly.

So I thought I would share our favorite games so if you’re looking for something this Christmas, maybe one we’ve tried will strike your fancy!

My sister-in-law brought Dicecapades on a family trip and now it’s a regular in our rotation.

There are a ton of little dice in this box. There is trivia, math, physical tests, and stacking. It’s so fun. We end up laughing every time we play it.

One of the challenges is to do a bunch of sit ups. Somehow my father-in-law always end up doing them. Poor guy.

If you’re a fan of Pictionary, you’ll love Pictionary Man. Instead of drawing on a piece of paper, you draw on the Pictionary man and act out the clue.

I’m a terrible artist, so it gets quite comical.

Catch Phrase is the best way to make my entire family die laughing and become completely unable to pass the game around nicely.

The point of the game is to make your teammates guess the clue on the screen. When the timer sounds, the team holding the game loses. So as the timer ticks down, you feel more and more desperate to get rid of it.

Despite the fact that we are all sitting close to each other, we still end up throwing/tossing the game at each other. So funny.

Oh. My. Gosh. Telestrations is one of the most hilarious games I have ever played. It has turned into epic fails. So epic and inappropriate I can’t even say it on here. But so hilarious.

We pretty much all know who the artists are in the family and may or may not switch seats when this game is played. 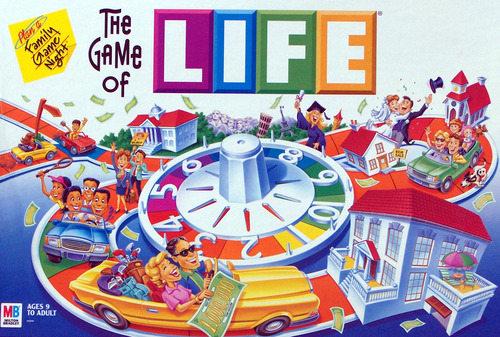 Let’s take it old school. My brother and I used to play Life once a week.

I have been every single profession in this game. I have had zero kids. I have had like 10 kids. I’ve retired a millionaire. I’ve declared bankruptcy.

I’m pretty sure that my mom is still vacuuming up those pink and blue pegs out of her carpet!

Let me know if you need anymore recommendations – we have tons more games in our rotation.