This picture sums up my weekend – road trip!

The Hubster and I headed back to Buffalo for the weekend and it did not disappoint!

We left for Buffalo really late and didn’t get to my parents house until 1am. I have no pictures or evidence that this occurred because we were tired and it was dark out. lol

We started the morning with a quick video chat with The Hubster’s family. My nephew won the fishing derby when we were on vacation and his trophy arrived. We watched him open the trophy and we cheered for him.

It was really cool that we found this new app called Houseparty. It lets us facetime with multiple people and it doesn’t matter what phone platform you have. We were thrilled to all be able to be on the same video chat without multiple phones going.

Also – not so much a flattering picture of myself. The front cameras never look that good.

We headed to Jamie and Scott’s wedding. Jamie’s my cousin and we were happy that she found her person.

We had some time in between the ceremony and reception so The Hubster, my brother, and I all went to visit my Grandpa.

He fell recently and was put into a nursing home. It’s really sad for me to see him in there – he’s mentally still very fit (and very grumpy – which is his usual MO, so he’s still the same). But his body is just not where he wants it to be. He’s 94 – things start to get a little tired.

It was good to see him – he wasn’t as grumpy as usual and seemed happy to see us.

I had this awful guilt seeing him in there. I felt so bad that he’s alone and isn’t physically able to do much. I know he’s in the right spot for his own safety, but nursing homes are so sad. He’s on the phone making plans with one of his friends here, so it’s nice to see that he has a lot of visitors and people who care. 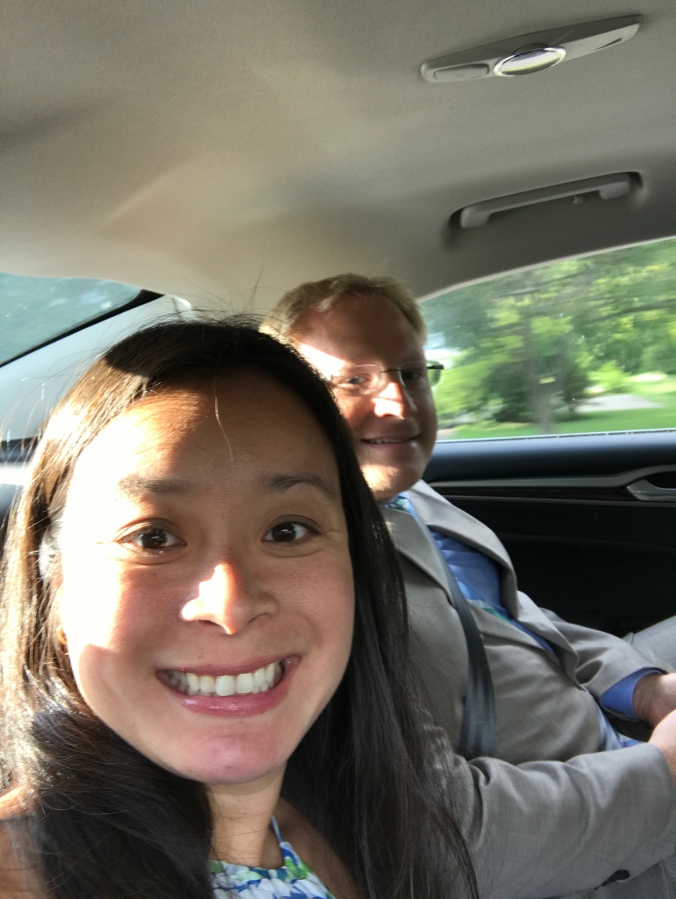 The Hubster and I were joking on the way to the reception that I was wearing both mascara and lipstick. We thought it was probably a good idea to memorialize such an occasion.

Congratulations to Jamie and Scott! 🙂

I really enjoyed spending so much time with my brother. I don’t get to see him that much but he’s so funny and I just enjoy his company.

He also indulged my selfie taking all night.

Like this one when he had to get up out of his chair! hahaha

My family is my favorite. I just love them. ❤

Who clearly knows how crazy my extended family is but loves me anyway. 😉 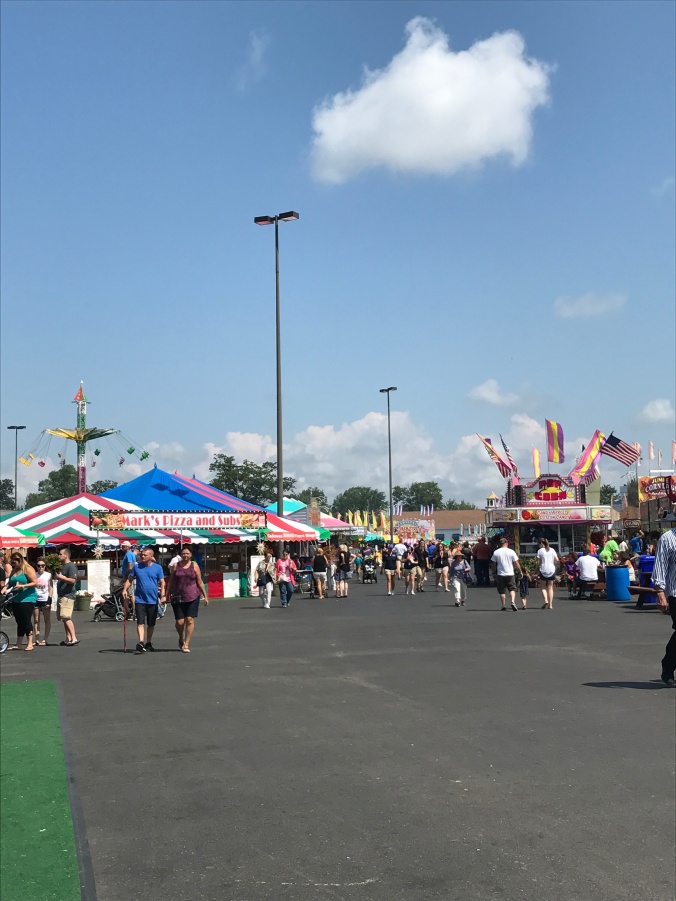 On Sunday, we headed to the Erie County Fair.

It’s one of my most favorite things to do in the summer!

We played a little I Got It.

Side note: we didn’t get it. But it was fun! 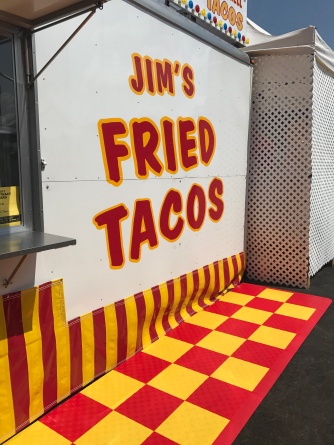 We ate some friend tacos.

We watched the Demolition Derby.

That was fun and a little bit ridiculous at the same time.

We bought these bamboo pillows and hopefully our necks will thank us in the morning.

We haven’t tried them yet but I’ll keep you posted. 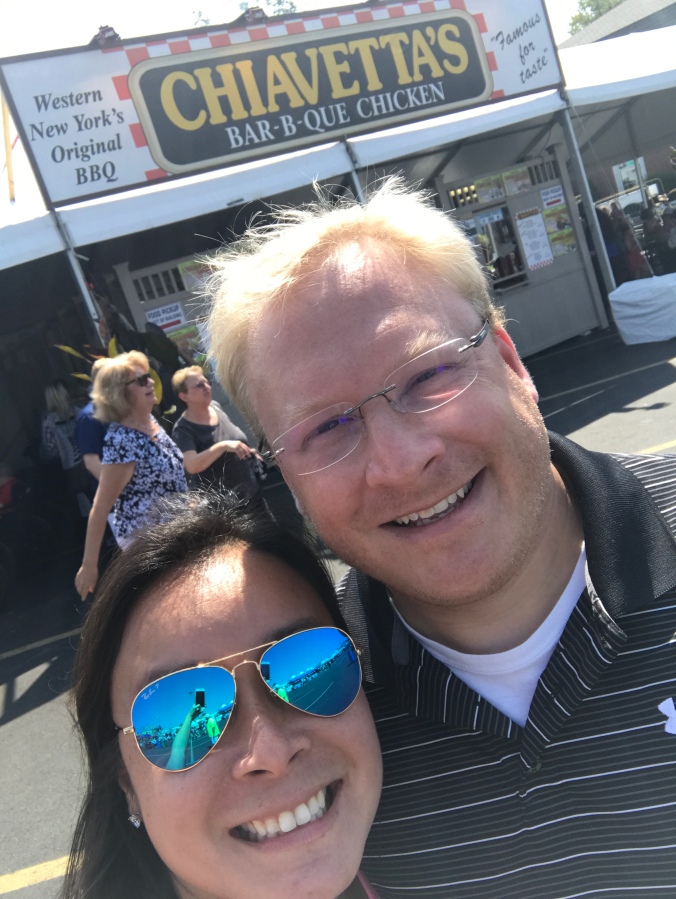 14 years ago, I went on a blind date with this guy to the fair. I never imagined that it would ever turn into this amazing life that I have right now.

The Hubster’s my best friend and I’m so happy to be spending every day with him. I can’t imagine a life with anyone else.

We joked about being in this spot because about 10 years ago, I thought he was going to propose to me. He was acting all funny and fidgety and started talking about how long we’d been together and blah blah blah.

I got so excited I think I floated out of my body and did cartwheels.

He then turned to me and said, “okay, you ready to eat some chicken?”

I about died from disappointment and was super grouchy the rest of the night.

He proposed for real about 2 years later.

Not in this spot.

I finished the eating frenzy with some corn on the cobb (it was amazing) and an ice cream.

On the way back home I discovered these filters on Instagram and played with them all the way home.

It was a great weekend for sure!